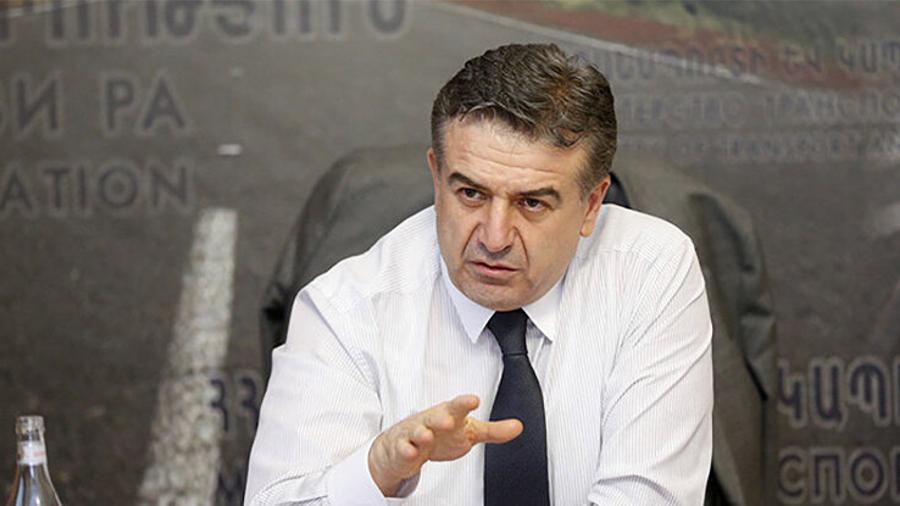 Robert Kocharyan to offer a post to Ex-PM Karen Karapetyan

The leader of the "Armenia" alliance, Armenia's second president Robert Kocharyan will offer Ex-PM Karen Karapetyan to return to Armenia in case of winning the elections. Kocharyan stated this in an interview with Russian media, answering the question of the Sputnik Armenia news agency.

In response to the question about the possibility and status of Karapetyan's return, Kocharyan answered that he is regularly in touch with the former prime minister.

"I regret that he left. I think what happened then was simply not right. In any case, I will make an offer, " Robert Kocharyan said in an interview with Sputnik Armenia, RIA Novosti, and Ruptly.