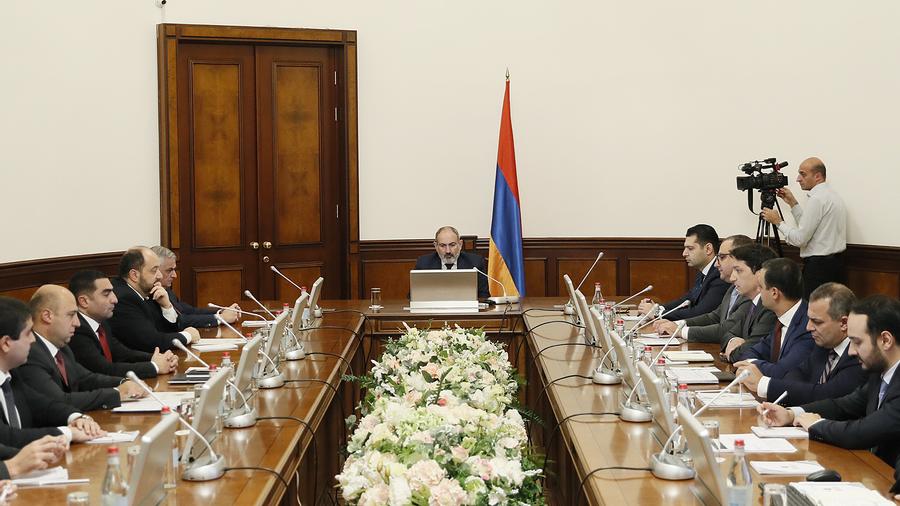 Dmitry Peskov, press secretary of the Russian President, said that Putin is planning to have a meeting with Nikol Pashinyan within the framework of the CSTO Council meeting to be held in Yerevan on November 23.

It should be reminded that on November 23, a session of the CSTO Council will be held in Yerevan under the chairmanship of the RA Prime Minister.

It is noted that the members of the Council will discuss current issues related to international and regional security and the main results of CSTO activities after the previous session.

Ararat Mirzoyan and Antonio Tajani noted that the relations between Armenia and Italy are based on common values ​​and historical relations, and expressed readiness to take active steps to further develop mutually beneficial cooperation.

The parties referred to the implementation of high-level mutual visits, and exchanged ideas on the holding of political consultations between the foreign ministries of the two countries.  The importance of deepening trade and economic relations and encouraging investments was emphasized and the work of the Armenian-Italian intergovernmental commission was highlighted in this regard.

During the telephone conversation, issues related to regional stability and security were also touched upon.

Minister Mirzoyan emphasized that Azerbaijan's non-constructive and force-oriented approaches to the use of force or the threat of force are undermining efforts to establish peace and stability in the region.

The Foreign Ministers of Armenia and Italy also discussed issues related to the activities of the EU observation mission located in Armenia.

The parties discussed the recent active interaction between Armenia and Iran, the implementation process of the agreements reached, ensuring political, trade-economic, and regional security, and a number of issues of cooperation on multilateral platforms.  Ideas were also exchanged with the Deputy Minister of Foreign Affairs of Iran for Economic Affairs, Mehdi Safari, regarding the implementation of bilateral trade and economic projects and mutually beneficial cooperation in other possible fields.

During the consultations, Mnatsakan Safaryan presented the positions of the Armenian side regarding the settlement of the relations between Armenia and Azerbaijan, and the resolution of the Nagorno-Karabakh conflict.

Azerbaijan has more friends in the CSTO than Armenia - Aliyev

President of Azerbaijan Ilham Aliyev stated that they have more friends in the CSTO than Armenia, and that is why the attempts of the countries of the organization to "bring Armenia into conflict with Azerbaijan" have failed.

"Even in the organizations we are not members of, we have friends, and the events of the last years and months prove it once again. For example, the Collective Security Treaty Organization. We are not a member of CSTO. Meanwhile, Armenia is a member of that organization, and through that organization, it was aimed to put forward unjustified demands against Azerbaijan, and, in fact, wanted to bring the countries entering into it into conflict with Azerbaijan. It is a great provocation and a great crime," said Aliyev, speaking at a conference dedicated to the 30th anniversary of the establishment of the ruling "Yeni Azerbaijan" party.

The message spread by the Ministry of Defense of Azerbaijan that allegedly the units of the Defense Forces opened fire in the period between 10:00 and 14:25 on November 21 in the direction of the Azerbaijani positions located in the occupied territories of the Martuni region of the Republic of Artsakh is another misinformation, the press service of the Artsakh Ministry of Defense reports.

According to him, this provocation was defeated and the CSTO countries did not give in to it.

RA Foreign Minister congratulated his colleague on the upcoming national holiday of Lebanon, wishing prosperity and peace to the fraternal people of Lebanon. The interlocutors noted with satisfaction that the Armenian-Lebanese relations are based on mutual trust and the centuries-old friendship between the two peoples.

Both sides have expressed willingness to deepen effective cooperation established in various fields.