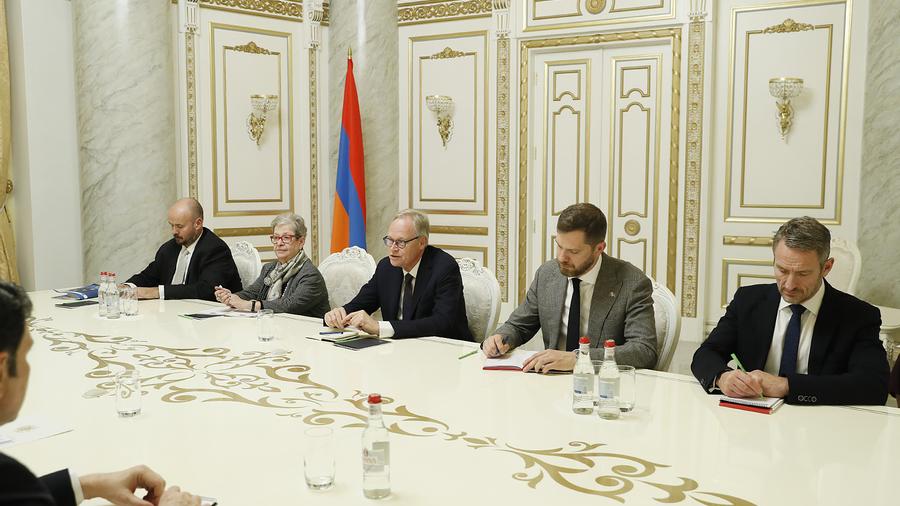 On November 24, at 9:30-10:30 p.m., the units of the Azerbaijani Armed Forces opened fire from different caliber rifles in the direction of the Armenian positions located in the eastern part of the Armenian-Azerbaijani border.  The Armenian side has no losses, RA Ministry of Defense reports.

As of 08:30 on November 25, the situation on the frontline is relatively stable.

The Ministry of Defense of Azerbaijan has released a message, in which it complains that the messages of the Russian peacekeeping mission uses the Armenian place names of the Artsakh Republic, despite the fact that, according to the report, "The Azerbaijani side officially provided the list and map of the settlements of the economic zone of Karabakh, with Azerbaijani place names, to the former and current command of the Russian peacekeeping force temporarily stationed in the territory of Azerbaijan, as well as to the joint Turkish-Russian monitoring center."

In particular, the Ministry of Defense of Azerbaijan mentions the November 24 message of the Russian peacekeeping troops, in which it is mentioned that the Azerbaijani side violated the ceasefire regime by opening fire in the direction of Maghavuz settlement.  The Ministry of Defense of Azerbaijan states that the name of the settlement is not Maghavuz, but Chardaghl, and denies the message of the Russian side about violating the ceasefire regime.

The Ministry of Defense of Azerbaijan also accuses the Russian side of not mentioning the violations of the ceasefire by the Artsakh side in its official reports.

It is also mentioned that mines were discovered in Saribaba, which are of Armenian production and dated to 2021.

"We call on the command of the Russian peacekeeping force temporarily stationed in the territory of Azerbaijan to correctly mention the place names of the settlements in the territory of our country in the relevant information and to seriously suppress all the provocative actions of the illegal Armenian military units, including the mining of the territories," it was stated in the message of the Ministry of Defense of Azerbaijan.

Earlier, RA Ambassador-at-Large Edmon Marukyan addressed the accusations of Azerbaijan transporting ammunition to Artsakh through the Lachin Corridor, noting that Azerbaijan took land mines from the occupied territories of Armenia, moved to Nagorno Karabakh, a territory controlled by Azerbaijan, to show international partners and create false grounds for disputing the Lachin Corridor.

According to Aliyev, Iran will not block the opening of the so-called "Zangezur Corridor"

"Zangezur Corridor" is not directed against anyone, on the contrary, it will serve the benefit of all interested parties.  According to the Azerbaijani media, the President of Azerbaijan Ilham Aliyev said this.

"During my last conversation, we discussed the issue of Zangezur corridor with Russian officials.  I don't think that Armenia is capable of blocking this corridor.  As for Iran, I think that Iran will not do that either, considering its interest in regional communication projects.  Those projects are not directed against anyone, but on the contrary, they will serve only for the benefit of all interested parties," said Aliyev.

Aliyev also referred to his upcoming meeting with Nikol Pashinyan, noting that the meeting with Armenian PM Pashinyan scheduled for December 7 in Brussels won’t take place because the Armenian side has agreed to meet with the condition that the French President also participates.

According to the EU assessment, democracy in Armenia is progressing - Michael Siebert to Nikol Pashinyan

Assessing the effectiveness of the RA-EU partnership, the Prime Minister highlighted the EU's support for the process of implementing reforms in our country and noted that the RA Government is committed to continuing democratic reforms.

Michael Siebert noted that, according to the EU's assessment, democracy in Armenia is progressing, as evidenced by reforms in various fields, the active activity of civil society, and the EU will continue to support our country in this process.