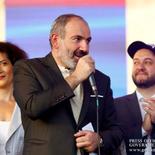 The pre-election meeting headed by Nikol Pashinyan is taking place at the Republic Square now. The PM candidate of the "Civil Contract" had invited citizens to a meeting today at 20:00, stating that the most important thing during this meeting must be everybody's participation. Pashinyan will deliver a program speech and will talk about their plans. 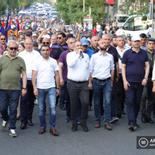 The PM candidate of the "Civil Contract" Nikol Pashinyan is inviting citizens to a rally today at 20:00 at the Republic Square. Pashinyan will deliver a program speech and will talk about their plans. 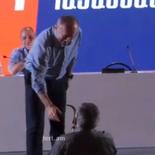 During a campaign meeting with voters in Vardenis, the PM candidate of the "Armenia" alliance, Armenia's second president Robert Kocharyan talked about the problems Armenia is facing today. One of the citizens talked about the issue of reopening the Ministry of Agriculture and mentioned that he had brought a reaping hook against the hammer ( which Nikol Pashinyan uses during his electoral campaign, saying that with the help of the hammer he is going to establish order in the country) so that Kocharyan could restore the Ministry of Agriculture and "reap the political weeds". 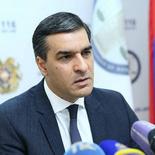 Armenia's Ombudsman Arman Tatoyan has issued a statement where he expresses concerns over children's participation in pre-electoral campaigns. He stated that the participation of children in rallies during the election campaign, where hatred and insult, words associated with violence are heard, is of great concern. According to Tatoyan, in this context, it is especially unacceptable to make such calls to the pre-election campaign with the participation of children, thus creating an atmosphere of hatred for them. The Ombudsman noted that the parents, trustees, and other people responsible for children should consider the expediency of involving the children in such political gatherings, taking these facts into account. 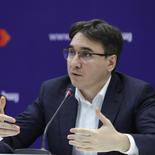 Former RA Deputy Prime Minister, former Minister of Territorial Administration, Chief of Staff of the "Armenia" alliance Armen Gevorgyan has issued a statement appealing to the leaders of all communities in Armenia. He urged to refuse using administrative leverage and not to give in to the pressures of the current authorities. 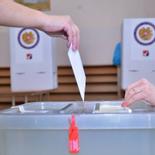 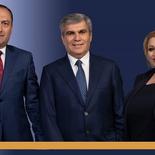 The funds of the "Republic" ("Hanrapetutyun") party's MP  candidates together make 430 million 80 thousand 600 AMD, 925K USD, 274K Euros,  695K Rubles, which, converted into AMD, make a total of 1 billion 76 million 115 thousand AMD. Robert Manukyan is the candidate of the party who has declared the most amount of money. 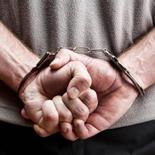 The court satisfied the mediation on arresting two residents (V.V. and Sh. D. ) of the Malatia-Sebastia administrative district of Yerevan, who were accused of giving electoral bribes. This was reported by the Special Investigation Service. One person is suspected in the criminal case mentioned above. The investigation is underway. 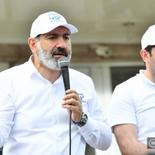 During the election campaign in Jermuk, the PM candidate of the "Civil Contract" party Nikol Pashinyan talked about the issue of Amulsar. He stated that the government’s task on the operation of the Amulsar gold mine is to come to a balanced decision that will be according to Armenia's interests. 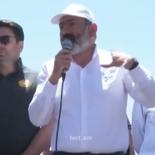 During a meeting with citizens in Vayots Dzor, the PM candidate of the "Civil Contract" party Nikol Pashinyan talked about election bribes. Pashinyan mentioned that 55 people are involved in distributing electoral bribes, and stressed that the law enforcement bodies have promised a rather large "harvest". He promised a reward of $ 1.000, which is 500K AMD, for the citizens who film a video proving an attempt of giving or receiving an electoral bribe.