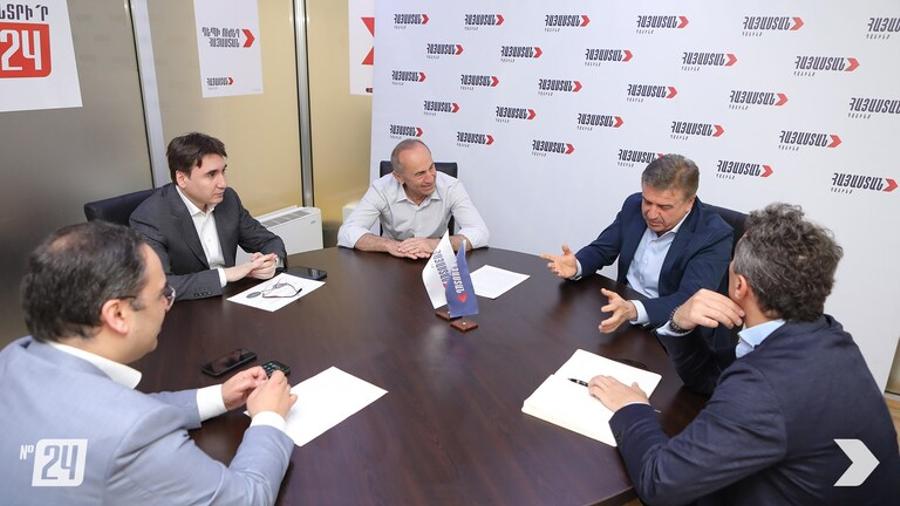 The meeting of the PM candidate Robert Kocharyan and former PM Karen Karapetyan took place today at the central headquarters of the "Armenia" alliance. We learn about this from the alliance's Facebook page.

"A number of programs and projects to be implemented in the near future were discussed," the statement reads.

It should be noted that earlier, in an interview with Russian media, the leader of the "Armenia" alliance Robert Kocharyan had stated that he regrets Karapetyan has left, adding that he is ready to make an offer to appoint him to a post.