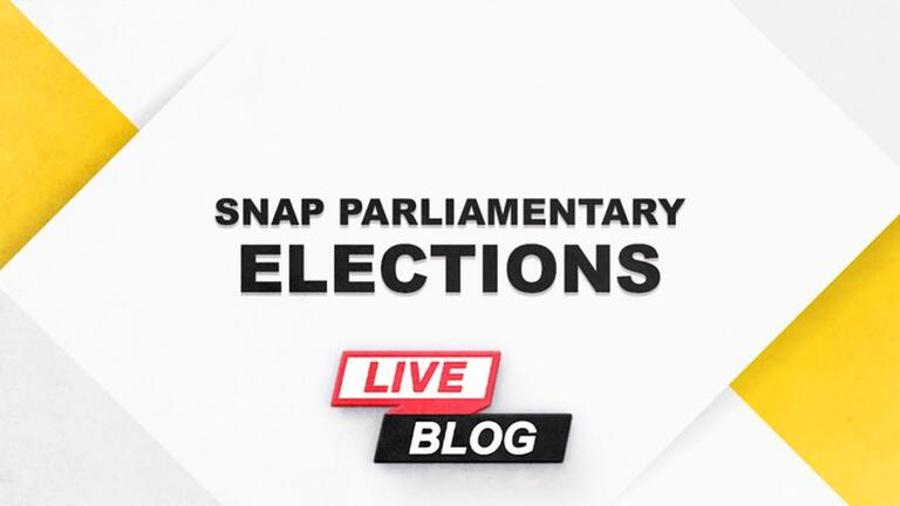 20:04 - According to the results of the 9-day campaign at least 60% of the citizens of Armenia will vote for the "Civil Contract" party on June 20. Our task is to register the victory of non-violent, national, but this time steel revolution in Armenia on June 21. [Nikol Pashinyan]

19:20 - Artur Vanetsyan, the leader of the "Homeland" (Hayrenik) party, Serzh Sargsyan, the leader of the Republican Party, and their teammates visited Kotayk region today. At the meeting with the residents of Hrazdan, the representatives of the bloc listened to the questions and problems of the people, offered solutions according to "I have the honor" bloc's pre-election program. ["I have the honor" bloc]

18:30 - There really is a fire in Armenia now. Putting out this fire is a priority issue, the key elements of which will be security, solving our problems through diplomacy, the neutralization of threats and ensuring the governability of the country. These are three priority issues that must be resolved by a political force striving for power. The force that has such potential is the "Armenian National Congress", because the other forces have shown their inability in this matter from their own experience. [Arman Musinyan, member of the Armenian National Congress]

15:04 - The attention of all Armenians is focused on Armenia, because the coming days will be fatal for Armenia. In fact, the issue of Armenia's existence will be decided. Will Armenia continue its existence as an independent, free and democratic country or will it become a province of a great empire? We are here to guarantee the independent and democratic process of our country. [Arman Babajanyan]

14:08 - Gevorg Gorgisyan, representative of the "Bright Armenia" party, considers it a priority to document and base all diplomatic work on the aggression against Artsakh, as a result of which territories have been occupied by Azerbaijan.

Hayk Mamijanyan, representative of the "I have the honor" bloc, referring to security issues, noted that the issue of Artsakh's status should be returned to the negotiating table.

Arman Abovyan, representative of the Prosperous Armenia party, considers the solution of the Artsakh problem to be the restoration of Artsakh's territorial integrity and the "de jure" legitimization of Artsakh.

13:15 - A day before the start of the campaign during this pre-election period, Arthur Vanetsyan was the only candidate for Prime Minister to visit Artsakh. Our relations with the three capitals are very important for us. Those are Stepanakert, the capital of Artsakh, Moscow, the capital of Russia, and Echmiatsin, our spiritual capital. [Sos Hakobyan, member of the "I have the honor" bloc]

10:34 - We absolutely reject the illegal statement made on November 10, which is in fact nothing but a coup d'etat, because according to the Constitution of the Republic of Armenia, the Prime Minister has no right to accept any agreement that hasn′t been ratified by the National Assembly. Therefore, the solution of the Artsakh issue can be given only in the format of the Minsk Group created by the international community. [Tigran Khzmalyan, President of the European Party of Armenia]