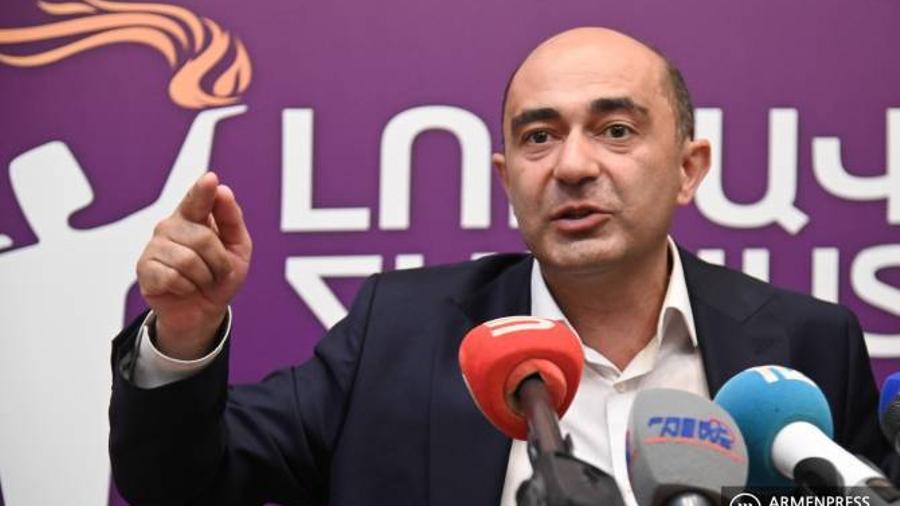 armenpress.am:  During a press conference today the leader of the "Bright Armenia" party Edmon Marukyan stated that the National Assembly of the 8th convocation will not be qualitatively better than the one of the 7th convocation.

To the question of whether it is possible to restore solidarity with that staff of the Parliament, Marukyan found it difficult to answer.

"They might go to the Parliament, work in solidarity, with love, they might go and fight every day. We will see. In any case, I do not think that this Parliament will be much better in quality than the previous one," the “Bright Armenia” leader added.

"I think in all the polling stations where there were violations, the results should be invalidated. If there is evidence of mass violations, then the whole election should be declared invalid," he said, adding that they did not have such data.

Marukyan also noted that even the political forces that are going to apply to the Constitutional Court want to take the mandates.

"Therefore, they also accept those results. There are issues to dispute, let them dispute, I do not see any problem. But I see that the majority accepts the decision of our people," he said.