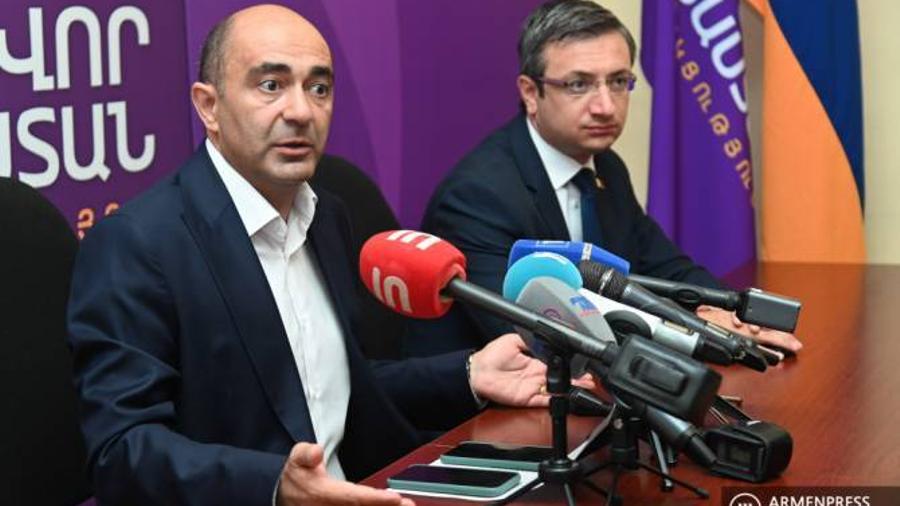 During a press conference today the leader of the "Bright Armenia" party Edmon Marukyan stated that the party, which will not be in the National Assembly of the 8th convocation, will take a break to analyze what needs to be done, will rearrange its internal structures, then will consider the possibility of participating in local elections in fall, and will do everything in its power to serve the state.

He added that their connections abroad will be actively used in favor of the state.

"It does not matter whether you are a parliamentary force or an extra-parliamentary one. Everything that the party has as political capital will develop more and will serve our national and state interests," the "Bright Armenia" leader said.