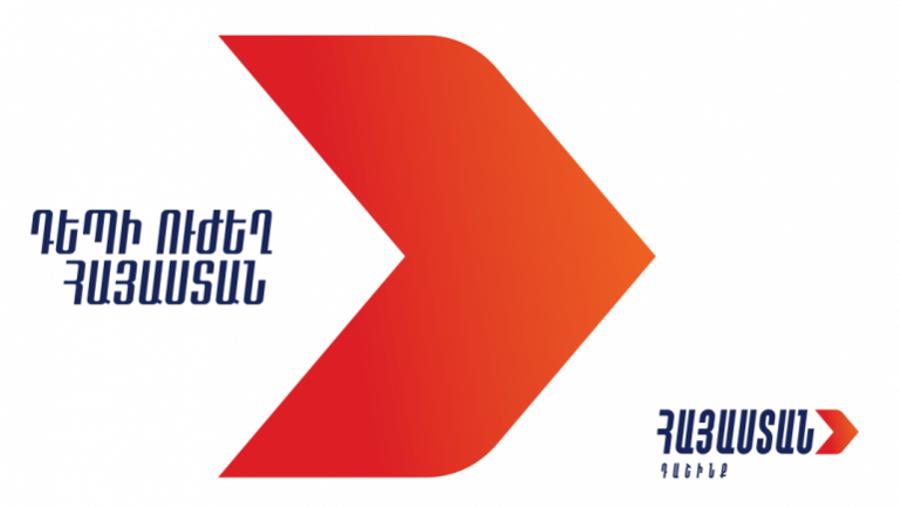 "Without waiting for the official confirmation of the snap parliamentary elections' results, especially when they are disputed, the executive power of Armenia, which works on a temporary regime, as well as its subordinates have become more restrained.

The regime, which has committed many heinous crimes, has started to openly use politically motivated intimidation and repression at the state level.

The regime, which speaks of the "rights and the dictatorship of law", has violated the basic human rights and freedoms and targeted the leaders of many communities, council members, public servants, economic, cultural, scientific, educational, and health activists who do not share the views of the government that is destroying the homeland. Illegal actions of dismissal and restriction of other rights to limit their free actions are systematic and massive.

The "Armenia" alliance stands for the support of those who respect the rule of law and their dignity, considering them all as members of the alliance, its supporters, or natural allies.

Based on this we demand the executive power of the Republic of Armenia to immediately stop the persecution and violence conditioned by political views, otherwise, the current regime holds all the responsibility for further aggravation of the situation in the Republic of Armenia, which is already in a difficult situation and is overcoming existing challenges.

We demand from the RA Prosecutor General's Office, the investigative bodies, the Police, and the National Security Service to prevent the criminal behavior of the political authorities, to identify and punish officials who abuse their powers based on political views.

Highly appreciating the activity of the Human Rights Defender of Armenia, we draw the attention of international organizations to the facts of obvious violation of the international obligations of the country in the field of protection of human rights and freedoms by the current authorities of Armenia.

We call on the dignified citizens of our country, which is experiencing a demographic crisis, not to think about leaving the homeland.

We support you. We are ready to face all the trials together with you, to protect the rights of the citizens of the Republic of Armenia in all legal, political, moral directions. Together we can build a responsible government in the country and build a strong Armenia," the statement reads.