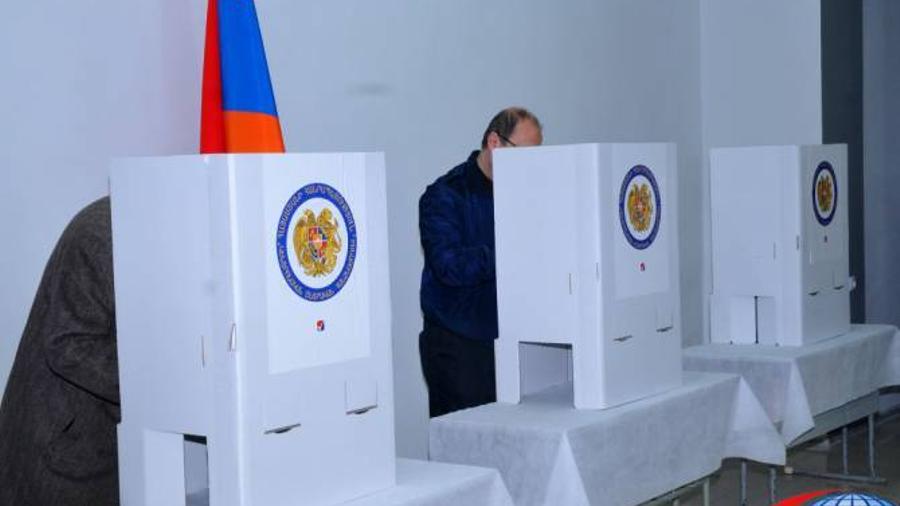 The GALLUP International Association presented the current ratings of political parties and alliances, and the public opinion on the snap elections. According to the results of the polls conducted from May 31 to June 5, when asked which party or alliance they would vote for if snap parliamentary elections were held this Sunday, 22.4% of respondents answered in favor of the "Civil Contract" party, 20.6% - in favor of the "Armenia" alliance, 4.2% - "Prosperous Armenia" party, 3.9% in favor of “I Have Honor” ("Pativ unem" ) alliance, 2.9% in favor of "Bright Armenia" party and 2.1% in favor of "Republic" party.

"We have brought an alliance where there is consensus and harmonization of interests in terms of changing the life of Armenia and restoring its place in the world. In this sense, we exclude, absolutely reject the theft, the cooperation and the image spread by the media that the Armenia-killing alliance of the theft will win. It will not win. I call on the Armenians to make every effort․ "Armenia" alliance will not pass․ It has no place in the Parliament. It will get a place when it goes through purgatory and confesses its sins.”

Armenia’s Second President,  the leader of the "Armenia" alliance Robert Kocharyan and the representative of the Supreme Body of the Armenian Revolutionary Federation “Dashnaktsutyun” Ishkhan Saghatelyan met today with the citizens of Kanaker-Zeytun and Nor-Nork administrative districts.

"During my previous two election campaigns, I have not seen such a reaction of people, such energy, but at the same time, such a deep concern," said Robert Kocharyan, adding that the difference between the meetings was that at that time there were just presidential elections and not the issue of the existence of the country.

“Our team is trying to spread that optimism as much as possible so that people understand who is able to get the country out of this situation," Kocharyan added.

Prime Minister of Armenia Nikol Pashinyan was present at the ceremony with his wife Anna Hakobyan, along with Parliament speaker Ararat Mirzoyan and his spouse Gohar Abajyan.

The “National-Democratic Pole” party has published its pre-election program. One of the strategic priorities included in the program is the establishment of a qualitatively new defense system with the support of the United States, France and other future allies, the demilitarization of Nakhchivan, the construction of a new nuclear power plant, the construction of a large-capacity Iran-Armenia gas pipeline, etc.

RA Central Electoral Commission held another extraordinary sitting today. The applications for self-withdrawal of the candidates registered for the special parliamentary elections and other issues were discussed at the sitting.

The Central Electoral Commission (CEC) revoked the registration of Astghik Avetisyan from the “Bright Armenia” Party, Hayk Melik-Adamyan from the Democratic Party of Armenia, Stepan Mantaryan and Levon Levonyan from the “Civil Contract” Party. The commission rejected Astghik Ghazaryan's application for self-withdrawal from the “Zartonk” National Christian Party, as the applicant was not present at the session and hadn’t submitted a notarization certifying it. It should be noted that the MP candidates can submit applications for self-withdrawal to the CEC until June 10.