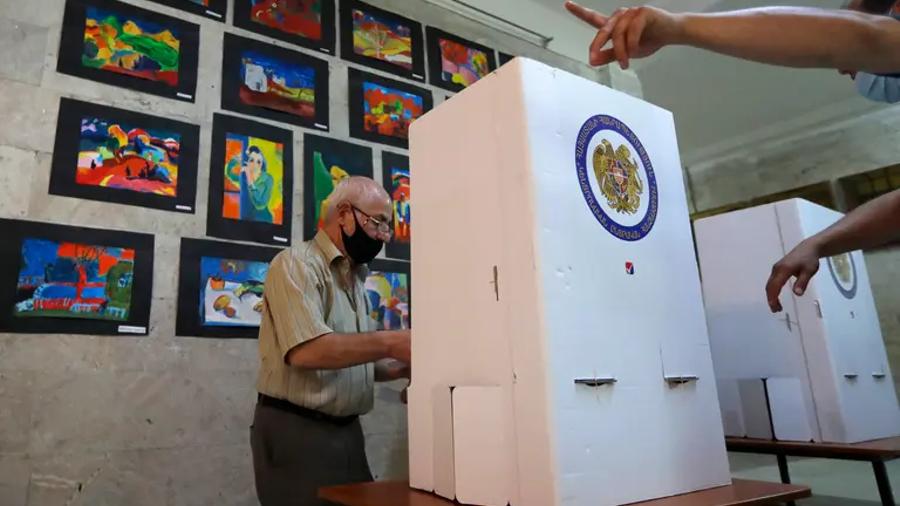 The Prosecutor General's Office presented the results of the work carried out by law enforcement agencies under the supervision of the Prosecutor's Office on reports of substantial electoral crimes throughout the snap parliamentary elections and the reports of non-electoral but other electorally related criminal acts.

In particular, in connection with the reports sent to the preliminary investigation and investigative bodies by the working group set up in the RA General Prosecutor's Office for the preparation of materials in criminal procedure, as of June 25, 37 criminal cases have been initiated.

The Administrative Court annulled the decision of the Central Electoral Commission, which issued a warning to Nikol Pashinyan, the PM candidate of the "Civil Contract" party, based on the application of the "I Have the Honor" alliance. On the eve of the election, which is considered a "day of silence", Nikol Pashinyan went live and made a speech on his Facebook page, which the CEC considered a violation of the campaign ban, and issued a warning.

The authorized representative of the "Civil Contract" party Tigran Naghdalyan had filed a lawsuit in the administrative court against the CEC, asking to invalidate (eliminate) the commission's decision No. 160-A. of 19.06.2021. The "I Have Honor" alliance was involved in the lawsuit as a third party, but neither the response to the lawsuit was filed, nor did they show up to court.

According to the representative of the CEC, the day of silence refers to people with public recognition and perception, who have a direct influence on the will of the voters, and in fact, there has not been a case of silence on the part of any candidate, and any kind of speech violates this rule. In this case, Nikol Pashinyan's public speech is enough to be considered a violation of the day of silence, but the term "propaganda" is not revealed by the RA legislation, and any action by the candidates can be propaganda or anti-propaganda.

"Without waiting for the official confirmation of the snap parliamentary elections' results, especially when they are disputed, the executive power of Armenia, which works on a temporary regime, as well as its subordinates have become more restrained.  The regime, which speaks of the "rights and the dictatorship of law", has violated the basic human rights and freedoms and targeted the leaders of many communities, council members, public servants, economic, cultural, scientific, educational, and health activists who do not share the views of the government that is destroying the homeland. Illegal actions of dismissal and restriction of other rights to limit their free actions are systematic and massive. Based on this we demand from the executive power of the Republic of Armenia to immediately stop the persecution and violence conditioned by political views, otherwise, the current regime holds all the responsibility for further aggravation of the situation in the Republic of Armenia, which is already in a difficult situation and is overcoming existing challenges. We demand from the RA Prosecutor General's Office, the investigative bodies, the Police, and the National Security Service to prevent the criminal behavior of the political authorities, to identify and punish officials who abuse their powers based on political views," the statement reads.

The President of Kazakhstan congratulated Pashinyan on winning the elections

The President of Kazakhstan Kassym-Jomart Tokayev sent a congratulatory message to the Acting Prime Minister Nikol Pashinyan on the victory of the "Civil Contract" party in the snap parliamentary elections.

"On behalf of the people of Kazakhstan, I personally congratulate you on the victory of the "Civil Contract" party led by you in the snap parliamentary elections of Armenia. The results of the voting are convincing evidence that your political course aimed at strengthening statehood, national unity, and stabilizing the situation in the country enjoys popular support. I wish you great success in your responsible state activity for the benefit of friendly Armenia," the statement reads.