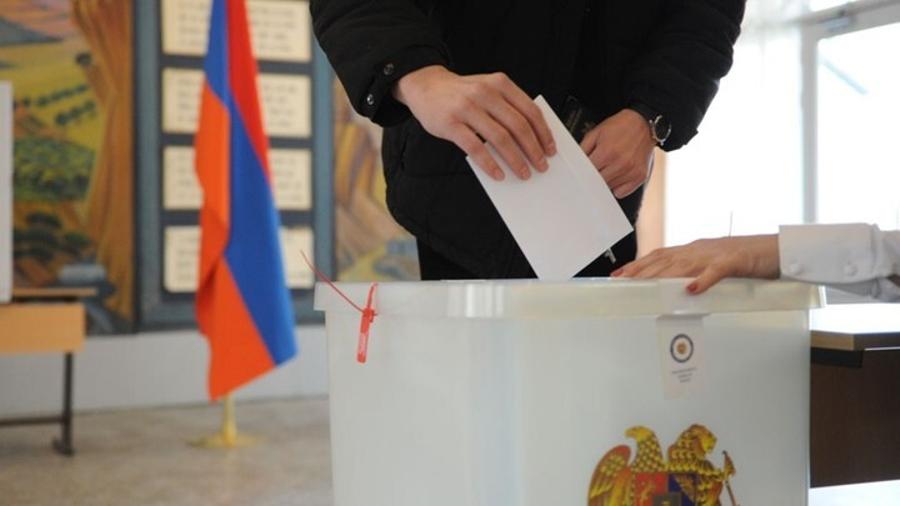 “Congratulations to the people of Armenia and Prime Minister Nikol Pashinyan on successful parliamentary elections. Our partnership with Armenia is one of shared values and cooperation on democratic reform and conflict resolution—we are committed to strengthening that partnership,” the U.S. president wrote on Twitter.

During the sitting of the "Bright Armenia" party's enlarged council, the leader of the party Edmon Marukyan stated that "Bright Armenia" has always been successful in all political processes since its foundation, and that the only process in which it lost was the snap parliamentary elections.

“We clearly admit our defeat. The only process where we have lost is the last snap parliamentary elections, in which we have sacrificed the terms we have and the mandates for the sake of the country's stability, which has been restored but looks relatively calm, as external challenges have not disappeared and remain relevant,” said Marukyan.

According to Edmon Marukyan, regardless of the election results, "Bright Armenia" will remain a very serious player in the political life of Armenia.

"The party has always participated and will participate in the processes. This also refers to the upcoming local elections," he stated.

The "Fair Armenia" party issues a statement on parliamentary elections

The "Fair Armenia" party issued a statement on the topic of snap parliamentary elections, stating that it expresses its gratitude to those who voted for the party, as well as to all the citizens who were guided exclusively by the interests of the state in the polling stations, with a sense of deep civic responsibility, and behavior based on law.

"The "Fair Armenia" party considers itself the speaker of the citizens who voted for it and will act on their behalf, as it will act for the sake of every citizen of Armenia, the security of the Armenian people, and the country. We are deeply convinced that both the newly elected Parliament and the government to be formed in the near future face the task of carrying out a responsible mission with the determination to make a breakthrough in all spheres of public life․ The "Fair Armenia" party once again reaffirms that the judicial system is the "Achilles' heel" of our state and society. We are working on a complete transformation of the judiciary with an irreversible determination to build an impartial, honest, and truly uncorrupt judiciary. In general, we consider it necessary to emphasize that the creation of an environment of justice in all state institutions is imperative and a requirement of the time. If we fail this time and not be able to transform those institutions of public life, we will have serious problems in the future, deeply disappointing our people," the statement reads.

Armen Charchyan's defense filed a motion to the RA Special Investigation Service investigator yesterday to choose a personal guarantee as a precautionary measure against the accused, the SIS reports.

Considering that the defendant Armen Charchyan was detained according to the precautionary measure by the June 23, 2021 decision of the Court of General Jurisdiction of Yerevan, taking into account that according to Article 151, Part 3 of the RA Criminal Procedure Code, the measure of restraint can be changed by the court, and in the pre-trial proceedings of the criminal case by the prosecutor, the above-mentioned motion was sent by the investigator to the prosecutor for consideration.

MP candidate of the "Armenia" alliance and the director of the "Izmirlian" medical center Armen Charchyan, underwent medical intervention, Charchyan's lawyer Aram Vardevanyan told this in a conversation with reporters.

The "Bright Armenia" party has a new vice-president

On June 28, a joint sitting of the governing and political councils of the "Bright Armenia" party was convened, during which Gevorg Gorgisyan was elected as vice-chairman of the party by the vast majority of the governing council members' votes.

During the sitting, decisions were made on the further activities of the party bodies, territorial structures, and what the party should do.

It should be reminded that "Bright Armenia" was one of the parties running in the 2021 snap parliamentary elections.

He noted that as an institutional radical opposition, they will act within the limits of the Armenian law, returning the faith to parliamentary opposition to the people.

‘’In recent years, the parliamentary opposition made deals with the authorities. Today we need to return the faith of the people and as a radical opposition, we will do that working day and night’’, Kocharyan said.

He also thanked the 270 thousand citizens who voted for them. He also added that the results of the elections were surprising for them.