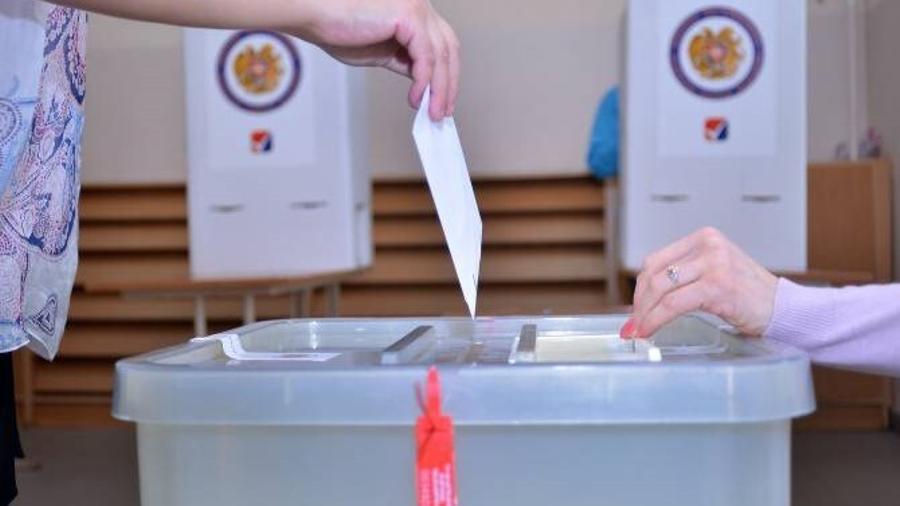 The total amount of inaccuracies is 973. All members of the commission signed the protocol.

Recounts in 82 polling stations, in 51 of which insignificant changes were registered

The Chairman of the Central Electoral Commission Tigran Mukuchyan presented the summary data on the snap parliamentary elections.

The Central Electoral Commission of Armenia calculated how many mandates each of the three political forces ("Civil Contract" party, "Armenia" and "I Have the Honor" alliances) will receive in the newly formed Parliament.

According to the decision, the "Civil Contract" party will receive 68, the "Armenia" alliance - 26, the "I Have the Honor" alliance - 7 mandates.

According to the final count, the "Civil Contract" party will have 71 MPs in the National Assembly of the 8th convocation, the "Armenia" alliance - 29, the "I Have the Honor" alliance – 7.

A huge amount of hate speech was spread during the pre-election campaign, at a briefing with reporters, the official representative of the central headquarters of the "Armenia" alliance Aram Vardevanyan stated this referring to the alliance's application to the Central Electoral Commission after the snap parliamentary elections, which demands to invalidate the results of the snap parliamentary elections.

"Hate speech is not just a word if it is used by a pro-government force, which is constantly surrounded by thousands of police officers at all rallies," Vardevanyan said.

According to him, there were systematic violations during the elections, and that they are going to submit an application to the Constitutional Court as soon as possible, according to the law, within 5 days after summarizing today's results.

According to Mukuchyan, the applications were submitted by the "Zartonq" National Christian Party, as well as the "Armenia" and the "I Have the Honor" alliances.

The “I Have the Honor” alliance claims that thousands of people participated in the elections, whose data were kept secret, polling stations were kept secret, and no information was available; during the election process, thousands of people who had to move abroad permanently or had Armenian passports were not allowed to vote, as the Passport and Visa Department of the Police adopted a differentiated approach without any legal justification; during the campaign, the provision of broadcast time was rejected on unreasonable grounds, and the Public Television of Armenia refused to broadcast the video provided by the "I Have the Honor" alliance.