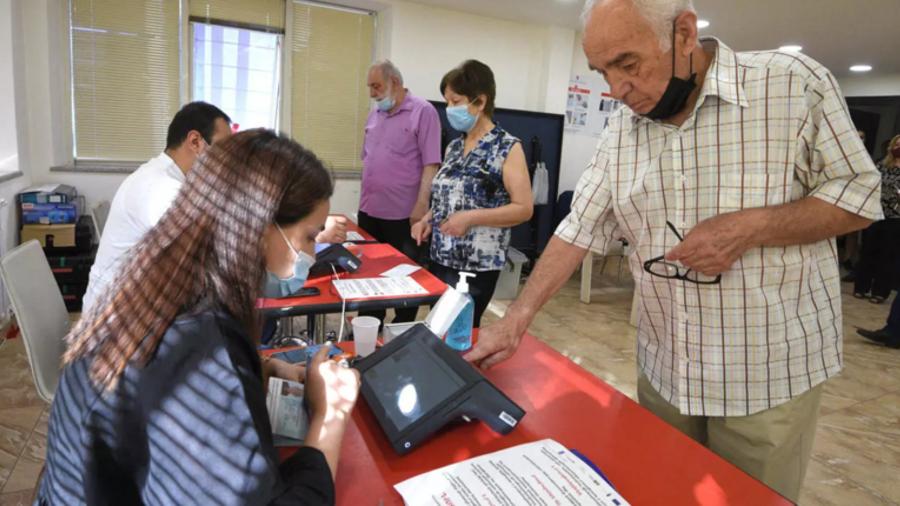 The recounting of the June 20 snap parliamentary elections' results continued in the territorial electoral commissions of polling stations N 9, 23, and 34. According to the press service of the Central Electoral Commission of Armenia, the results of the voting in 16 polling stations were recounted, as a result of which no change in the votes cast for the candidates was registered in 4 polling stations, in 1 of which no change in the data was registered at all. As a result of the other recounted polling stations, the following changes were registered․ The “I Have the Honor”, “Armenia” and "Free Homeland" alliances, as well as the "Citizen’s Decision" Social-Democratic party, the "Shirinyan-Babajanyan" alliance of democrats and the "Verelk" party lost 2 votes respectively. "Fair Armenia", "Zartonq", "Bright Armenia", “Our Home Is Armenia” party, “National Agenda" parties, and the Democratic Party of Armenia lost 1 vote each. The "5165" National Conservative Movement party’s votes were increased by 2, and the votes for the "Prosperous Armenia" party increased by 20. The winning party “Civil Contract” lost 5 votes as a result of the recount. There weren’t any changes in the votes of the other political forces.

The Deputy Chairman of the Armenian National Congress Levon Zurabyan commented on the results of the snap parliamentary elections and addressed his team. He stated they just need to maintain and expand the great new team created during the election campaign.

"In just 30 days, we were able to present to our society the truth about the history of the Karabakh conflict, our development programs in Armenia, the need for a return to realistic policy. Unfortunately, the administrative resources and the pressures of public/private employers on our people in poverty and dependence, as well as the money and media belonging to the oligarchs, have taken our electoral and, in general, the political system captive. In such a system, the political forces that have money and leverage, therefore, also those with manipulation technologies, and not rationalism or political thought, win. We shouldn't get desperate. I have no doubt that very soon we will have to mobilize all our efforts to overcome the consequences of their failures and face new challenges. Thank you to all the Congress candidates, supporters, funders, campaigners, and the staff. Rationalism and justice will win anyway," Zurabyan added.

The leader of the "Bright Armenia" party Edmon Marukyan said he thinks the National Assembly of the 8th convocation will not be qualitatively better than the one of the 7th convocation.

"I think in all the polling stations where there were violations, the results should be invalidated. If there is evidence of mass violations, then the whole election should be declared invalid," he said.

Marukyan also stated that his party, which will not be in the National Assembly of the 8th convocation, will take a break to analyze what needs to be done, will rearrange its internal structures, then will consider the possibility of participating in local elections in fall, and will do everything in its power to serve the state.

Armenia’s Ombudsman condemned insulting people based on the election results

Armenia's Ombudsman Arman Tatoyan issued a statement, noting that insulting people by artificially dividing them into literates and illiterates and linking it with the voting results is condemnable.

"Immediately after the June 21 snap parliamentary elections' voting day, new dangerous manifestations of dividing people into groups, developing insults, hatred, and intolerance were brought to the public domain. More specifically, certain parts of the opposition and their supporters state that the city dwellers, intellectuals, and the educated voted for them. Some government officials and supporters reverse the opposition and their supporters with insulting remarks, and then the opposite happens.

The Human Rights Defender calls on all political forces, public figures, and clergy to refrain from insult, hate speech, or its contribution, as well as actions that exacerbate and increase tensions. Even the figurative meanings of words or phrases and the possibilities of perception in society must be taken into account. One should not be discriminated against for his/her political views," Tatoyan stated.

The head of the "Izmirlian" Medical Center, Armen Charchyan, was taken to hospital yesterday before the publication of the court decision on granting the detention motion submitted by the Special Investigation Service, lawyer Aram Vardevanyan wrote about this on Facebook. He also informed that they have submitted an urgent motion to the RA Prosecutor General Arthur Davtyan, asking to exercise the discretionary power to abolish detention as a measure of restraint.

The "Civil Contract" party sued the Central Electoral Commission of Armenia. The lawsuit is filed on June 21 and was signed by Administrative Court Judge Daniel Danielyan. The day of the sitting is tomorrow at 17:55. The authorized representative of the party demands to cancel decision No. 160-A dated 19.06.2021. With this decision, the CEC has approved the application of the "I Have the Honor" ("Pativ Unem" alliance) and issued a warning to the acting Prime Minister of Armenia Nikol Pashinyan. The alliance had mentioned in the application that on June 19, the day of silence, Pashinyan's live broadcast on the election process on Facebook was considered a violation of the campaign. The application was satisfied.