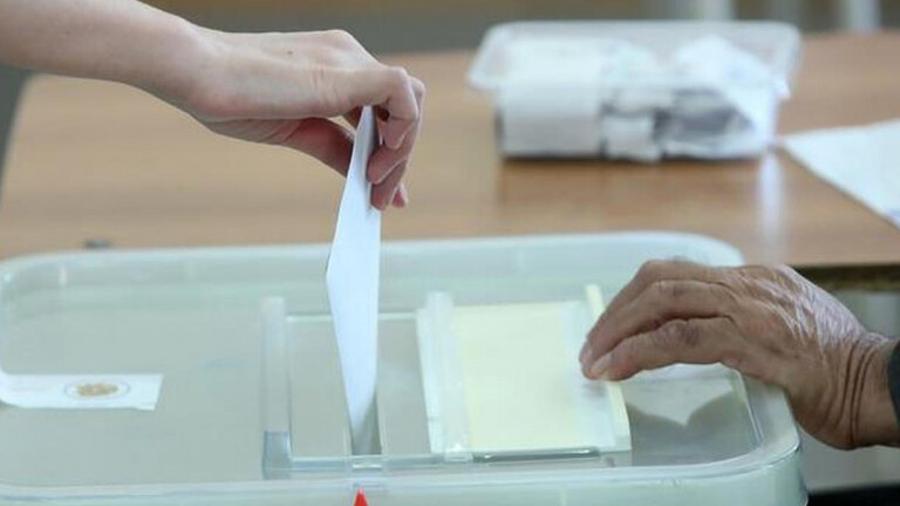 Armenia’s acting Prime Minister and the PM candidate of the “Civil Contract” party Nikol Pashinyan referred to the recording published by Armenia’s third President Serzh Sargsyan during the election campaign in Armenia’s Lori Province, in the town of Spitak.

“As much as I followed the public response, the people are a bit confused – they say – we don’t understand, Serzh Sargsyan wanted to harm or do a favor. What Serzh Sargsyan published fully substantiates our positions,” he said.

Pashinyan stressed that it did not happen in 2018 but much earlier. He stated that with the April war the “territories against nothing” resolution became more serious.

“In 2018 we inherited the negotiation process in conditions when “territories against nothing” resolution was already on the table of negotiations. It is very important to note that the mediators and the international community we relied on for so many years put an issue before us – return the territories against nothing,” he said, adding that the mediators expressed the same position about the future developments and regulation ways as Azerbaijan did.

Pashinyan also expressed confidence that everything could have been different if Armenia had an army with other weapons in 2016-2018. According to the PM candidate, this election is a unique opportunity for the Armenian people to assess the history of the past 30 years. He reminded that all the former leaders are participating in this election.

During a press conference, the first president of Armenia and the leader of the "Armenian National Congress" party, PM candidate Levon Ter-Petrosyan commented on Nikol Pashinyan's statement that in 2018 he has told Pashinyan that he should hand over the lands.

"You should ask not me, but Nikol Pashinyan. I was at his house, he has definitely recorded it, let him show it. I went there to tell him something. If you have followed my publications, I have always been concerned about the Karabakh issue, regardless of whether it was during the time of Kocharyan, Serzh Sargsyan, or Nikol Pashinyan. I told him the following: "Your first task should be to fix the legacy that you have received from Serzh Sargsyan in the Karabakh issue with a document". He asked "What document?" and I said, "I am dictating now, you should write a letter to the Minister of Foreign Affairs, saying that you're demanding to present you the situation of the Karabakh settlement as of April 18 within two days". I told him why he needed to have it, that is after knowing what kind of legacy you have got, you will bring a better solution and that will be your honor, and if you bring a worse solution, that will be your disgrace, ” said Levon Ter-Petrosyan

Ter-Petrosyan went on adding that Azerbaijan will always insist on the issue of territorial integrity.

“I can’t say what impact this will have on the fate of Artsakh, because I don’t know the views of the representatives of Armenia, only Nikol Pashinyan knows that. Not only did we lose this war, but something worse happened. If because of Kocharyan's fault, Karabakh was excluded from the settlement process, then after this defeat Armenia has already been excluded as a party of the conflict, no one asks Armenia's opinion,” he said.

Mihran Poghosyan, an MP candidate nominated by the "I Have Honor" ("Pativ Unem") alliance, filed a lawsuit against the Central Electoral Commission on June 8, 2021, on invalidating decision No. 129-A and recognizing him as a candidate registered as number 11 on the electoral list of the alliance.

It should be reminded that at the June 8 extraordinary sitting, the CEC invalidated Mihran Poghosyan's registration. According to the commission, the candidate has not been a permanent resident of Armenia for the last four years, therefore has no right to be elected.

The leader of the "Prosperous Armenia" party, PM candidate Gagik Tsarukyan considers ensuring Armenia's security a priority issue, for which he thinks it's important to sign a new military-political document with Russia. Tsarukyan said this at a meeting with citizens in Tavush within the framework of the pre-election campaign.

"There is no other solution, we must sign a new military-political document with our Russian friends. Armenian-Russian soldiers must keep the border together so that our people can be calm," Tsarukyan said.

CEC invalidated the registration of the "Armenian Eagles" party

During the sitting, CEC Secretary Armen Smbatyan reported that today the CEC received an application from the party leader informing him of his withdrawal.

6 out of 7 CEC members participated in the sitting. With 6 votes in favor, the CEC decided to invalidate the party's registration.

It should be reminded that on June 8, the party issued a statement demanding the cancellation of the snap parliamentary elections, the liberation of Armenia from the occupation of the Azerbaijani armed forces, and the holding of elections only after the restoration of Armenia's territorial integrity.

The registration of Tigran Arzakantsyan, a candidate included in the Democratic Party of Armenia’s electoral list was discussed during the regular sitting of the RA Central Electoral Commission.  As a result, a decision was made to reject Arzakantsyan’s registration because of the inaccuracies in the documents. Arzakantsyan's representative could not prove that Arzakantsyan has constantly lived in Armenia for the last 4 years.

Freedom House, a human rights organization, has expressed concern over the use of hate speech and violence by politicians during the pre-election period in Armenia.  The organization's statement notes that such actions contribute to the polarization of society and the spread of hate speech in a time when the country is in recovery from the war in Nagorno-Karabakh and is getting ready for historic parliamentary elections.

"We urge all parties to refrain from such rhetoric and adhere to democratic norms of behavior during the election period," the statement notes.

The leader of the "Sovereign Armenia" party, PM candidate Davit Sanasaryan commented on the topics of pre-electoral debates.

"We receive offers of debates from different media. Let me say that having a debate with Nikol Pashinyan, Robert Kocharyan, and Serzh Sargsyan will make some sense. They must be held accountable for what they did and didn't do. While respecting most of the others, I don't really have anything for a debate,” Sanasaryan wrote on his Facebook page.