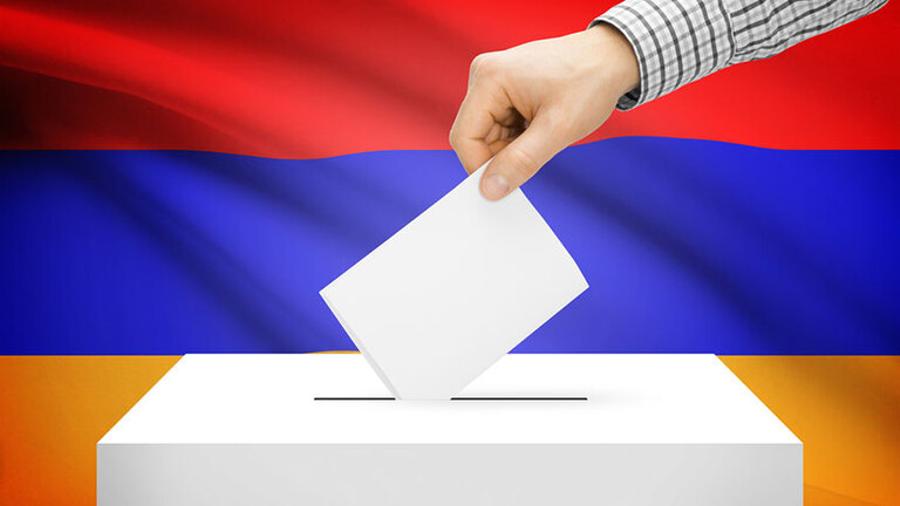 At the June 13 sitting, the RA Central Electoral Commission examined the applications of Edgar Ghazaryan and Naira Zohrabyan. Edgar Ghazaryan had demanded to invalidate the registration of the PM candidate Nikol Pashinyan in the list of the "Civil Contract" party and to initiate administrative proceedings.

The commission headed by CEC Chairman Tigran Mukuchyan, who chaired the sitting, rejected Edgar Ghazaryan's application, which, according to the commission, was submitted by an incompetent structure. The application had to be made by the party or the alliance that participates in the elections. Naira Zohrabyan's application was rejected on the same grounds.

Robert Kocharyan shared thoughts on the work of current authorities

"People who had absolutely no idea about the field, started to lead the field, and after taking office, they started to believe that they are the experts in it, they are the leaders. They started making decisions which, instead of developing the field, consistently destroyed what there was before," said Robert Kocharyan, the leader of the "Armenia" alliance, during a meeting with the voters in Noyemberyan.

"Fighting against the elite is more of a classical term. It aims to awaken the spirit of the 2018 revolution. We have seen its consequences. They are hard. There are people guilty and responsible for all this," he said.

Kocharyan mentioned that since current authorities have nothing to say and there's no result of work, they attack others and put the blame for the failures on them.

During a pre-election campaign meeting of the “I Have Honor” ("Pativ Unem") alliance in the Arabkir district of Yerevan, Armenia's 3rd president Serzh Sargsyan declared that during his administration there was no talk about enclaves at all.

"Since I held offices that allowed me to have sufficient information during the administrations of the two former presidents, I declare that no authorities of Armenia have ever discussed such an issue. Let the current leader of Armenia show a document on this. He has to show a document at least once. When have there been negotiations over enclaves? There can’t be negotiations over enclaves now,” Sargsyan said.

Edmon Marukyan commented on providing a corridor to Azerbaijan

In a conversation with journalists during the campaign in Nor Nork the leader of the "Bright Armenia" party Edmon Marukyan referred to the talks on providing a corridor to Azerbaijan and unblocking the roads, Marukyan said that Armenia has no alternative to unblocking.

"The corridor is excluded, no, it should not be given. No problem with opening the borders, as Armenia has always been in favor of opening the borders, but for Armenia acting as a side was just a statement, and nothing was done to adjust the legislation, " Marukyan added.

He noted that all those who say that after the elections they can come and get the Azerbaijanis out of the country by war, must either be adventurous or liars.

"The cancellation of the November 9 document means a new war. If Armenia had the potential for a new war, I think the invasion of Syunik could turn into a war. But we are going through the way of negotiations," Marukyan added.

Pashinyan spoke about the returning process of the POWs

During a meeting with residents within the framework of the election campaign in Yeghvard PM candidate of the “Civil Contract” party Nikol Pashinyan talked about the maps handed over to Azerbaijan in exchange for the return of POWs.

"Yesterday there was a celebration in Armenia related to the return of 15 Armenian POWs. Yes, maps of minefields were handed over to Azerbaijan yesterday. Maps were issued some time ago.  When we saw that Azerbaijan stopped the process of returning our POWs, we stopped the process of providing maps. They ask how come the captives returned now, in this period. When US Deputy Secretary of State Philip Reeker came to Armenia, he said that they were going to make a serious effort to revive the process of returning the POWs. He asked if we were ready to offer anything in return. 15 families are happy again. And now we are talking not only about the return of 15 POWs but also about the revival of the process of returning the POWs,” Pashinyan stated.

Armenia's Human Rights Defender Arman Tatoyan has issued a statement about the vocabulary of political forces participating in the election campaign. Tatoyan states that their vocabulary is full of insulting words and its spread is getting very disturbing.

"In particular, the rhetoric of political forces and their leaders using such vocabulary is rapidly spreading among supporters and dissenters. Political forces, and especially public figures, must urge everyone to respect every human right, especially dignity and freedom of expression. It is necessary to promote the restoration of solidarity and guarantee mutual respect in the country by our own example,” the statement notes.