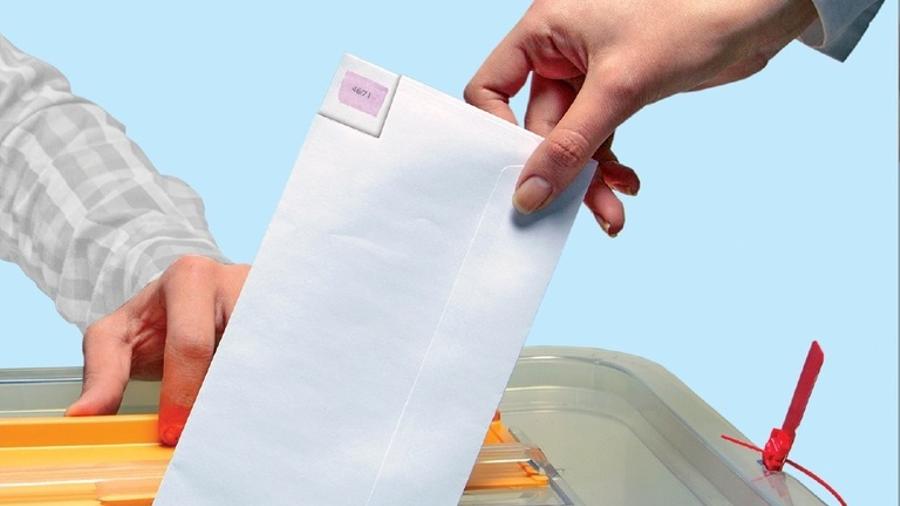 3 people, including an MP candidate and a traffic police officer, were arrested on suspicion of distributing electoral bribes.

According to the materials of the criminal case initiated by the RA Special Investigation Service in relation to the cases of electoral bribery in Yeghegnadzor, Vayots Dzor region, as well as a mediation of electoral bribery, information was obtained that a group of people in the region mentioned above personally or through mediators distributed bribes to voters of the same region to participate in the snap parliamentary elections on June 20, 2021, and to vote for an alliance.

An investigation is underway.

The "I Have Honor" ("Pativ Unem") alliance's MP candidate Gor Sedrakyan got arrested, alliance member Arsen Babayan wrote about this on his Facebook page.

"Let us state that Special Investigative Service's investigator Chilingaryan, who illegally arrested me on November 11, and with whom I had a very interesting conversation in court at that time, has just as illegally arrested Gor Sedrakyan, an MP candidate of the "I Have Honor" alliance," Babayan wrote.

The “I Have Honor” (“Pativ Unem”) alliance issued a statement claiming that the security structures literally started terrorizing the headquarters and supporters of the alliance.

"Since early morning, the security forces have literally started terrorizing the headquarters and supporters of the "I Have Honor" alliance. Dozens of people are unjustifiably forced to report to the National Security Service, Special Investigative Service, the Police and are being detained for no reason. They search illegally our offices and in the apartments of our supporters, finding nothing, and in private conversations, they confess that they have an order to isolate the supporters of the alliance today and tomorrow. Dear members of the team, stay strong, do not give in to provocations. Be sure that there are only a few hours left to this abnormality," the statement reads.

President Armen Sarkissian issued a statement prior to elections

Prior June 20 snap parliamentary elections, Armenia's President Armen Sarkissian issued a statement calling on people to vote fairly and freely, according to their conscience only. Sarkissian called on all parties and alliances participating in the elections, and all parliamentary candidates to be reserved, and prudent in their actions, to call for restraint on their sympathizers and supporters, to be tolerant and respectful, not to violate moral boundaries for political purposes. He demanded from the law enforcement bodies that they strictly prevent any violation of the law and the right, be impartial, have maximum responsibility, and act in accordance with the law.

Vote fairly and freely, and reckon with only and nothing but your conscience.

Good luck, and all the best…," the statement reads.

"Yesterday the pre-election campaign of the snap parliamentary elections ended.  I want to call on all of you to go to the polls, make your choice, make your move, make your decision, form a government. Of course, we already see that there are some attempts to affect the election results, but we also see that it will not work, because our law enforcement system is very effective in countering all cases of electoral bribery, illegal influence on the will of voters, be sure that this practice will continue. And so the people's choice, the voting will be clearly recorded and expressed in the form of final election protocols.

Dear compatriots, proud citizens of the Republic of Armenia, I hope and I am sure that you are strong. Why am I saying this? It's because the winning subject in tomorrow's elections must be one, that subject must be the citizen of the Republic of Armenia because his/her principled choice will be clearly and unequivocally recorded in the final election protocols. I hope and I am sure that you will go to the polls, make your choice, and will open a new page for Armenia, finally overcoming the political crisis, the riots that have taken place during the last 7-8 months. And so, my call, request, my exhortation is to definitely go to the polls and to make a choice,” the statement reads.

"A few minutes ago, Nikol Pashinyan, the PM candidate of the "Civil Contract", using his social status as the acting Prime Minister, made a statement on his official Facebook page. Doing so, he called for "unconditional" participation in the voting. First, he violated the principle of the day of silence. Second, using his status, that is the service dependence of the executive bodies, urged them to take part in the voting, in the conditions where he is a PM candidate of one of the 26 forces.
This was direct propaganda using administrative leverages, and allegedly undertaking the function of the CEC. We consider that the CEC should immediately convene a session to investigate this significant violation of the legitimacy of the electoral process based on this statement," the statement reads.

Armenian Parliament Speaker Ararat Mirzoyan had a meeting with the members of the CSTO PA monitoring group.

Welcoming the colleagues, the Speaker of the Parliament gave importance to the readiness of the organization to carry out an observation mission in Armenia, as well as assured that the elections are going to be free and transparent, complying not only with the RA legislation but also with international standards.

During the meeting, Ararat Mirzoyan referred to the situation after the November 9 trilateral statement and exchanged views on the agenda of the forthcoming sitting of the CSTO PA Council.

Mirzoyan stressed the presence of a large number of OSCE / ODIHR observation missions in Armenia and highlighted the state's commitment to holding liberal, fair, transparent, and democratic elections.