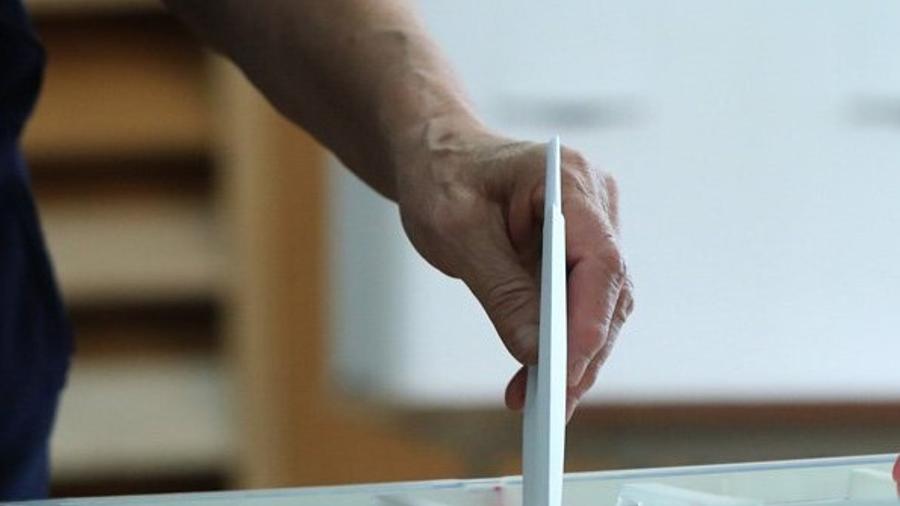 Armenia's second president, the leader of the "Armenia" alliance Robert Kocharyan issued a message addressing Armenians on the last day of the election campaign.

"The election campaign is coming to an end. In the past month, I toured the whole country along with my team members. I hadn’t been hosted by you for a long time - 13 years. I am thankful for the warm reception and hospitality. In the past days, I shook hands with thousands of people, looked them into eyes.  I should say that I was trying to understand whether you have changed during this period. I am happy to confess that you haven’t changed and have remained the same hardworking, talented, sincere people who are able to differentiate between the good and the bad.

June 20 is a fateful day. We are about to make a choice between decent peace and humiliating disgrace. We are to make a choice between a prosperous life and desperate poverty. I am sure you will never feel deceived. We will reject the lie, the ignorance, and the immoral. I call on you to come and rebuild our home, our Armenia and establish a lasting peace. Let us restore our dignity and heal our wounds. Let us give tribute to our heroes for their deeds. Be sure that everything will be fine,” Kocharyan wrote.

During a press conference today the leader of the "Liberal" ("Azatakan") party Samvel Babayan summed up the electoral campaign, saying that it was interesting, but there was a lot of polarization, which he thinks is wrong.

"That's because the whole media is in the hands of those people who have created a second pole, that's why it was difficult for everyone to open the barrier," he said

Babayan mentioned that it was difficult to carry out a campaign in the whole republic within 12 days.
"There are a number of difficulties, but we have already overcome them, leaving the decision to the people, they will decide," Babayan said.

According to him, former authorities have carried out anti-propaganda against him for years, and it was difficult to break. He also mentioned that during the campaign they tried to present the truth to the public.
"What I have spoken, what I have expressed, I am responsible for every word. Whatever decision people make, I will be thankful. If they trust us, we will build a strong army. If they don't, we are still thankful," Babayan said.

The PM Candidate of the “I Have Honor” (“Pativ Unem”) alliance Arthur Vanetsyan issued a final pre-election statement, calling on people to throw the loser out of them and choose the coming victories.

"Let us reject the lie and live in dignity, respecting each other. Let us remove the uninterrupted madness from our lives and calmly understand for a moment how we will get out of these ruins.

Dear compatriots, aren't you afraid of this constant feeling of being defenseless? How are we going to raise our children in the conditions of borders with the enemy and the armed clashes in the center of the capital? Let us throw those who destroyed our security out of their seats and make our country one of the safest in the world again. This is our little corner of the big world, this is our home, this is only ours. Let us return our warm, young Armenia, our love, our hearth, our honor," Vanetsyan wrote.

The PM candidate of the "Shirinyan-Babajanyan Alliance of Democrats" Arman Babajanyan issued a message addressing people on the last day of the election campaign, stating that on June 20 people will decide whether the wheel of Armenian history is turning backward or forwards.

"Any fluctuation can be devastating. You must be clear in your decision, as with that you will decide what kind of Armenia we will have tomorrow,” he wrote.

Babajanyan mentioned that during the campaign they have presented their programs on the life and future of democratic Armenia, the Armenian people.

"The main ones are security, the core of which is defense, the system of ensuring national security, our borders. For the self-sufficient defense and security of Armenia, we need a strong industry, an army, a military industry that provides other spheres of life, and in order to have all of that, we need a high-quality education, and an informed, skilled society," he wrote.

“Bright Armenia” party’s PM candidate Edmon Marukyan also issued a statement, noting that June 20 is an opportunity to end the country's division, hatred, propaganda of violence, and the irreconcilable environment by learning lessons from history.

"The Armenian people, not learning lessons from their history, are fighting against each other. This is propaganda of hatred and violence, which, in fact, has reached its peak. Dear compatriots, go to the polls on June 20 and say that you are in favor of solidarity, consolidation, restoration of peace in the country. And we, with our own authority, will form a government of national unity, which will take the country out of this difficult, challenging situation and will lead towards development,” Marukyan wrote.

Marukyan has also added that his party expects to become the third political force in the parliament again.

“Fair Armenia” party’s PM candidate Norayr Norikyan has issued a statement, where he says Armenia must become a country of successful people and success.

"We must change from being a consumer society to a creative and productive society, starting from scientific knowledge, to the creation of various military complexes aimed at defending our own state, and why not other markets. We see Armenia as a country completely free of corruption, with an educated society, with well-established and competitive education and healthcare systems, high technologies, a rich and developed state with qualitatively new villages. I am deeply convinced that the country can develop only through hard work, the welfare of the people can be multiplied only by creating goods, the number of people can become 10 million, even 110 million if living in the homeland becomes dignified and safe. Finally, the country can become highly developed, if it has a strong industry," Norikyan's statement reads.

The Armenian National Congress considers the June 20 snap parliamentary elections to be a special operation to save the state, rather than an electoral fight.

Member of the party's electoral list Levon Zurabyan mentioned that the course of the campaign was very logical and that these elections were mainly focused on the issues of whether Armenia has passed its way correctly since independence and where has it gone wrong.

"That is why the main rivals in this election were the forces that represented the Armenian authorities at different times. And we can already say that those forces will have their large presence in the parliament," said Zurabyan.

Citizen's Decision Social-Democratic Party's PM candidate Suren Sahakyan issued a message, noting that with the upcoming elections, people's task is to prove that they are not a society devoid of values and morality.

“Our brothers who fell in the war sacrificed their lives for a better Armenia. When you are alone in the ballot box, remember that you are voting for them. So we have to imagine for what Armenia they sacrificed their most precious thing - life. Listen to their thousands of voices when voting,” Sahakyan wrote.

Heads of diplomatic missions accredited to Armenia have issued a statement ahead of the June 20 snap parliamentary elections.

"The people of Armenia will head to the polls to elect a new parliament this Sunday. We, as the counterparts of the international community, encourage all participants to ensure that the high overall standard set in the previous elections of 2018 is met or exceeded.  For that very purpose, we continued providing technical support to the Central Electoral Commission and other relevant bodies to help promote a credible election process that is undertaken in a transparent and professional manner. We encourage all parties to contribute to a respectful and peaceful environment conducive to the free expression of voters’ rights throughout this important step for the future of the country. We remain committed partners in support of peace and prosperity for everybody in Armenia," the statement reads.

In an interview with Public Television of Armenia, the leader of the "Prosperous Armenia" party Gagik Tsarukyan announced that there is a need to restore relations with Russia and sign a new military-political alliance.

Referring to the opinions that instead of Russia it is necessary to cooperate with France and the United States, Tsarukyan said that the USA is coming as a partner of Turkey, a NATO member.

"How can we take such a step today? We should do everything so that Russia does not leave. Russia should stay, the ties should become stronger, and we will not allow Turkey or its Turkish partners, NATO members to come. Do you have any idea of ​​what our status might be? We could be landlords in our property, and any patriotic person should be against this. This is my point of view, that is the main decision of the" Prosperous Armenia" party," Tsarukyan said.

Kremlin spokesman Dmitry Peskov announced that Russia wishes Armenia successful parliamentary elections. The reporters' question as to which of the political forces does Moscow support in the elections, Peskov described as "strange".