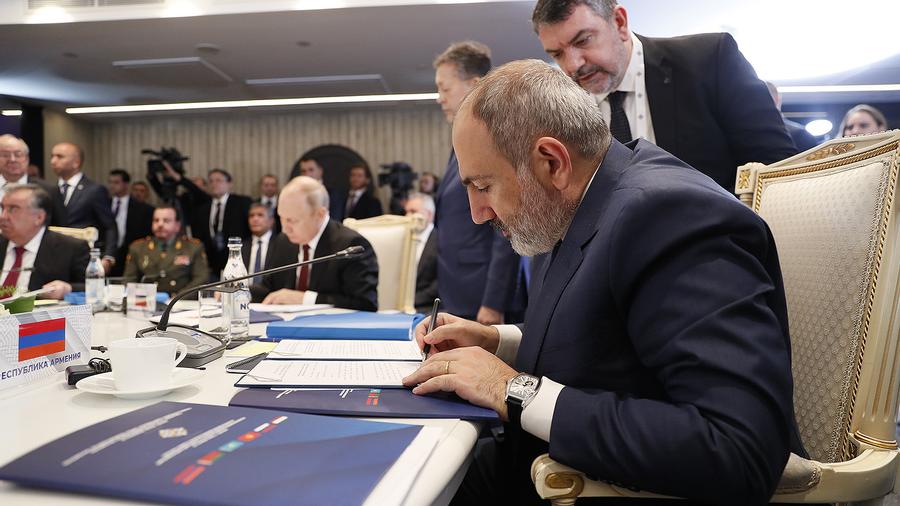 Nikol Pashinyan commented on not signing the CSTO documents

At the regular session of the government, RA Prime Minister Nikol Pashinyan referred to the CSTO summit held in Yerevan yesterday.

"You know that the CSTO summit was held yesterday, as a result of which, unfortunately, we did not manage to come to a common statement on two very important documents, but I also want to say that a very open, honest discussion took place, and those two documents have been sent for revision", said Pashinyan, expressing hope that they will reach a common denominator.

"Despite the fact that the declaration of the CSTO Council was not adopted, that is, we did not sign the declaration, the decision on the CSTO response to the escalation of September 13 was not adopted, again due to our non-signing, but I still want to say that I consider the discussion positive and I consider the Russian Federation positive bilateral discussions and I hope that we will implement the agreements that were recorded as soon as possible",  Pashinyan said.

Russian peacekeepers record cases of ceasefire violation by the Azerbaijani side

Today, on November 24, the Russian peacekeeping force carrying out a mission in Nagorno-Karabakh recorded one case of ceasefire violation by the Azerbaijani side in its area of responsibility.

The incident was registered near Maghavuz village of Martakert region. There are no casualties as a result of the incident. The command staff of the peacekeeping force is investigating the details of the incident in cooperation with the Armenian and Azerbaijani sides.

Within the framework of yesterday's CSTO events, the border situation of Armenia and Azerbaijan was discussed, as well as the general situation regarding the regulation of relations between Baku and Yerevan. This was announced by the official representative of the Russian Foreign Ministry, Maria Zakharova.

Commenting on the statement of the Vice Chairman of the RF Federal Council, Konstantin Kosachev, that the conflict between Armenia and Azerbaijan is beyond the jurisdiction of the CSTO, Zakharova noted that "political assessments and observations on a wide range of issues in Armenia, sometimes diametrically opposed, are expressed before various events, during and after".

On November 24, Secretary of the Council of Ministers Armen Grigoryan received the delegation led by the managing director for Russia, Eastern Partnership, Central Asia, regional cooperation, and OSCE issues of the European External Action Service of the EU Michael Siebert. This was reported by the RA Council of the Minister's office.

The meeting was also attended by the head of the EU delegation in Armenia, Ambassador Extraordinary, and Plenipotentiary Andrea Victorin.

Armen Grigoryan welcomed the delegation's visit to Armenia and emphasized the role of the EU observation capacity mission and the OSCE needs assessment mission in strengthening the security environment in the region.

The interlocutors exchanged views on current activities carried out by the missions.