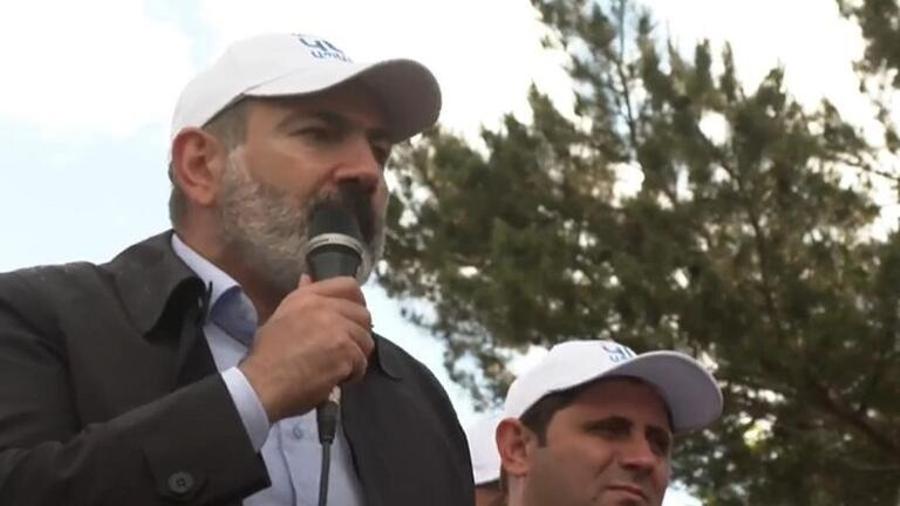 The "Citizen's Decision" party informs that as a result of the discussions initiated by them. 10 political forces have issued a joint statement on the pre-election TV debates initiated by Public Television of Armenia, noting that the election of the participants has been unfair.

The parties think that the organizers of the debates have adopted an unfair principle, as a result of which 13 parties participating in the elections were deprived of the opportunity to debate with any of the old parties and the people who are responsible for this situation in the country. They called on the organizers to review the principles of electing the participants and to organize the pre-election debate on a new, fair principle, otherwise, they will refuse to take part in it.

CEC invalidated the registration of Mihran Poghosyan as an MP candidate

The Central Electoral Commission invalidated the registration of Mihran Poghosyan, the former head of The Compulsory Enforcement Service of the Ministry of Justice, as a candidate for MP from the "I have Honor" ("Pativ unem") alliance.

The CEC made the decision during the June 8 sitting. Before making the decision, CEC Chairman Tigran Mukuchyan presented the reasons in detail.

“In 2018, after the revolution, I announced that there will be no vendettas, there will be no staff purges. Retrospectively, many of us are dissatisfied with that position, with that reality, but we have done what we owed to the people, ” Pashinyan said during a campaign trip to Aragatsotn province.
Pashinyan went on promising a tough crackdown on heads of local communities and private entities who he claimed are forcing their subordinates to attend campaign rallies held by his political opponents.
“I want to make it clear that after the elections there will be vendettas against those heads of communities and entities who are trying to coerce people,” he told supporters.
“I’m not talking about physical violence. I’m talking about political and civil vendettas,” he added. Pashinyan did not name any individuals.

Later, during the meeting with citizens in Aparan, Pashinyan mentioned that the statements about political vendettas had nothing to do with violence.

"It is about the clarification of political positions, political mandate," Pashinyan said.

According to him, people are dissatisfied with him for the “velvet” (referring to the Velvet Revolution, which took place in Armenia in 2018).

Gagik Tsarukyan commented on a possible coalition with Pashinyan

Gagik Tsarukyan, the leader of the "Prosperous Armenia" party, assured today that he keeps his word and that he will not form a coalition with Nikol Pashinyan after the elections. He said this during the party's campaign launched in Abovyan.

"I'm only going with my team. In order to implement my plans, I need to have a large number of votes. I fought, I was the only person who said that 100% of the members of the government should resign, I got arrested. Tsarukyan has always kept and will keep his word until the end," he said.

Armenia’s third President Serzh Sargsyan talked about POWs during his electoral campaign.  “We haven't had any POWs since 1994. I'm not saying there was no shooting, I'm not saying they did not try to sabotage, it all happened, but POWs? It is clear, isn't it, that if you are afraid to resist, they will come and do it. They did it, you see, it does not work through negotiations, so you should do it too. Take 10-20 POWs and exchange them. Let Pashinyan give his son to the Azerbaijani side and bring back 20-25 prisoners of war,” said Sargsyan.

Later, in response to that, Nikol Pashinyan announced that he’s ready to fulfill Sargsyan’s wish.

“I officially declare that I’m giving my son in exchange for all the captives. And I authorize second and third presidents Robert Kocharyan and Serzh Sargsyan to negotiate over the deal," Pashinyan said, adding that he is waiting for their response.

"If Jermuk ceases to be a resort town with the exploitation of Amulsar, then it should not be exploited".  The leader of the "Armenia" alliance, Armenia's second president Robert Kocharyan stated this during a meeting with the residents of Jermuk, answering the questions on Amulsar.

"I am surprised by the discussions about the exploitation of the mine,  as a result of which an incomprehensible situation is created. Certainty and predictability: This is the cornerstone of an investment policy," Kocharyan said.

He added that he was not well informed of the problem, as most of the documents were not available to anyone.

"I can say one thing - if the impact will be negative, the mine should not be exploited," Kocharyan stressed.

The Prosecutor's Office received 51 alerts-reports of electoral criminal offenses, materials are being prepared on 8 cases

Public Relations Department of the Prosecutor's Office announced that as of June 7, the RA General Prosecutor's Office received and investigated a total of 51 reports on alleged electoral violations.  11 of them are mass media publications, 24 - posts made by citizens on social media, 13 - reports, applications submitted by individuals, 2 - data received by a police officer, and 3 reports created by the RA Prosecutor General's Office based on the hotline calls.

“9 out of the 53 reports mentioned were instructed to prepare materials in accordance with Articles 180-181 of the RA Criminal Procedure Code in order to check the sufficiency of the grounds for initiating a criminal case, for 1 of which it has been decided to reject the initiation of a criminal case, and 8 are in the process of preparing materials,” the statement of the Prosecutor's Office notes.