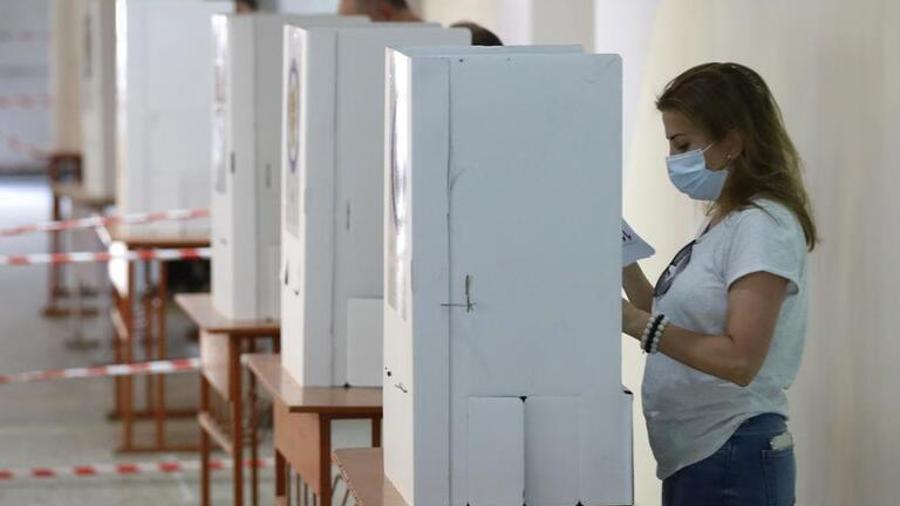 CEC summed up the results of the snap parliamentary elections

The Central Electoral Commission summed up the voting results from all 2008 polling stations. According to the results, the "Civil Contract" party has received 53.92 % of the votes, the "Armenia" alliance comes second with 21.04 %, the "I Have the Honor" ("Pativ Unem") alliance is the third with 5.23 % of the votes. The "Prosperous Armenia" Party and the "Republic" Party have received 3.96 % and 3.04 % respectively. The other 13 political forces have far fewer votes. The winner of the snap parliamentary elections “Civil Contract” party is now holding a rally at Republic Square.

Caretaker Prime Minister of Armenia Nikol Pashinyan announced his party will have a constitutional majority in the newly-elected parliament and will form a government led by him.

“Thus, according to the preliminary results of the elections as published by the Central Electoral Commission, in the newly-elected parliament the "Civil Contract" party will have a constitutional majority (at least 71 MPs out of 105) and will form a government led by me”, Pashinyan wrote on Twitter.

According to the preliminary information the newly-elected Parliament will have 107 deputies; the "Civil Contract" will receive 71 seats, the "Armenia" alliance - 29, and "I Have the Honor"("Pativ Unem") - 7.

The leader and the PM candidate of the "Bright Armenia" party Edmon Marukyan wished effective work to the political forces that will form the Parliament.

“The "Bright Armenia" party thanks for each vote and assures that every vote given to us will continue to serve the interests of Armenia. Our party respects the decision of the people, and at the same time announces that it will continue to keep the issue of internal political solidarity and the restoration of unity within the country on the agenda. We reaffirm the conviction that the only way to face the challenges of our country remains national unity. To the political forces that will form a Parliament, "Bright Armenia" wishes effective work for the benefit of the Republic of Armenia," the party’s statement reads.

The "Armenia" alliance, which received 268.300 votes or 21.04% of total votes claims the results of the snap parliamentary elections are unexpected.

“We doubt the results and we are going to apply to the Constitutional Court regarding the use of administrative resources. Without the administrative resources, Pashinyan couldn’t form a majority. We invited the heads of our headquarters, who have registered violations in the polling stations, to fully understand the whole information,” a member of the alliance and former governor of Syunik Vahe Hakobyan announced.

"National Democratic Pole" Pan-Armenian Party, which received 18.773 votes or 1.47% of total votes,  has issued a statement, which claims that the party does not accept the results of the snap parliamentary elections held on June 20.

“The regular elections held under the rule of the semi-colonial regime did not significantly differ from the previous ones. The people had not yet healed the catastrophic wounds of the Russian-Turkish-Azerbaijani war conditioned by the service of the current and former PMs of Armenia, when the same "actors", with their united efforts, put them in front of a forced choice between "the bad and the worse". Accordingly, we declare that we consider the elections to be unfair, not free, and their results as contrary to the sovereign goals of the Armenian statehood, therefore – unacceptable,” the statement reads.

The "Zartonq" National Christian Party, which received 4.623 votes or 0.36% of total votes also doesn’t accept the results of the parliamentary elections. The executive body of the party announced the snap parliamentary elections were organized in violation of the requirements of the RA Constitution and the Electoral Code, the Convention on Democratic Elections, Voting Rights and Freedoms in the Commonwealth of Independent States, and did not serve the purpose of eliminating the political crisis.

“The executive body of the "Zartonq" National Christian Party announces that the snap parliamentary elections scheduled to eliminate the political crisis did not serve the purpose, therefore "Zartonq" does not accept the preliminary results of the elections," the party’s statement reads.

Referring to the results, Aram Ghlechyan, an MP candidate included in the party list, said, "It is an expression of people's will, so how can they not accept it? Our people have chosen, they have said their word, and they cannot be wrong."

The “5165” movement, which received 15.546 votes or 1.22% of total votes, issued a statement claiming it doesn’t accept the election results.

“We must note that the elections were taking place with widespread violations, government resources were used throughout the campaign, long-known methods were used, an atmosphere of unprecedented hatred was generated by various forces, threats of violence were made, there were inflated voter lists and inaccuracies. There were power outages in the cities during the vote count. Due to the above-mentioned circumstances, the "5165" movement considers that these elections do not meet the standards of democratic elections, and we do not accept the election results,” the statement reads.

The CIS observer mission in Armenia hasn’t registered any violations during the June 20 snap parliamentary elections which could affect the results.

“The election process was held in accordance with the requirements of the Electoral Code. The observers haven’t recorded any violations that could affect the election results”, the head of the observation mission Ilhom Nematov said at a press conference in Yerevan.

He also emphasized the high level of the organization of the election process and that they were organized and held in accordance with Armenia’s Constitution and Electoral Code. Nematov highlighted the fact that 25 political forces participated in the elections, adding that this gives Armenian voters an opportunity for choice.

The Investigative Committee reported that the person who shot at PM candidate of the "Shirinyan-Babajanyan Alliance of Democrats" Arman Babajanyan’s car has been arrested.

It should be reminded that a gunshot was fired at the windshield of PM candidate of the "Shirinyan-Babajanyan Alliance of Democrats" Arman Babajanyan’s car on June 20 early in the morning. In this regard, Babajanyan said he has reasons to believe that the shot fired at his car on election day was a warning from what he described as an “armed group” that is after him and the two other key figures of his alliance. Later the same day Investigation Committee reported that a criminal case has been initiated in relation to the shooting of the deputy candidate's car.