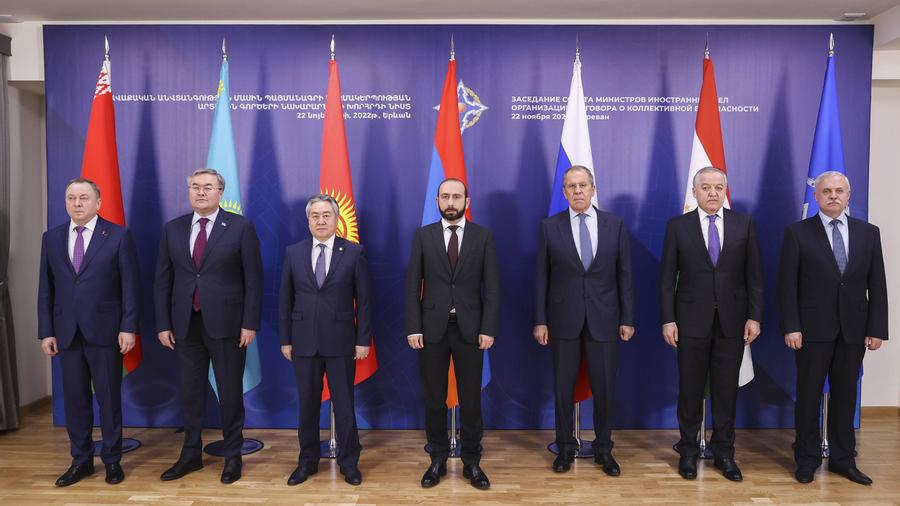 On Nov 21 the units of the Azerbaijani Armed Forces violated the ceasefire in a number of directions, firing at both the military positions of the Artsakh Defense Forces and a tractor carrying out agricultural work near Machkalashen village of Martuni region, Nagorno-Karabakh, Artsakh Defense Army reports.

No civilians were injured. The Martuni regional department of the police collected the facts and transferred them to the peacekeeping troops.

It should be reminded that yesterday, November 21, around 11:00, the enemy opened fire at civilians working in the same place, violating the ceasefire regime.

The meeting of the Council of Foreign Ministers of the CSTO

"For us this meeting is also important because this is our first tete-a-tete meeting in the wake of the September aggression of Azerbaijan against the sovereignty and territorial integrity of the Republic of Armenia.

We have about two dozen documents on our agenda regarding issues of foreign policy coordination, military-political cooperation, new threats and challenges, and of course, the situation in the South Caucasus generally," the Armenian Foreign Minister said at the session.

Azerbaijani President Ilham Aliyev believes that it's time to establish peace and security between Yerevan and Baku. This was stated in Aliyev's address to the participants of the International Conference of Asian Parties.

"Historical experience shows that conflicts cannot last forever.  Ensuring peace and security between Armenia and Azerbaijan, based on the principle of international law and justice, is the demand of the time and era," said Aliyev's address.

According to him, in the modern stage, when "a new world order is being formed, which is accompanied by serious shocks in international relations, it is necessary for parties and international organizations to reassess their position and the opportunity to influence events at different levels."

Aliyev noted that one of the global challenges is the issue of peace and security.

"It is also a sensitive and priority issue for Azerbaijan, which implemented the requirements of the four resolutions of the UN Security Council, which were not implemented for about 30 years," said the message of the President of Azerbaijan.