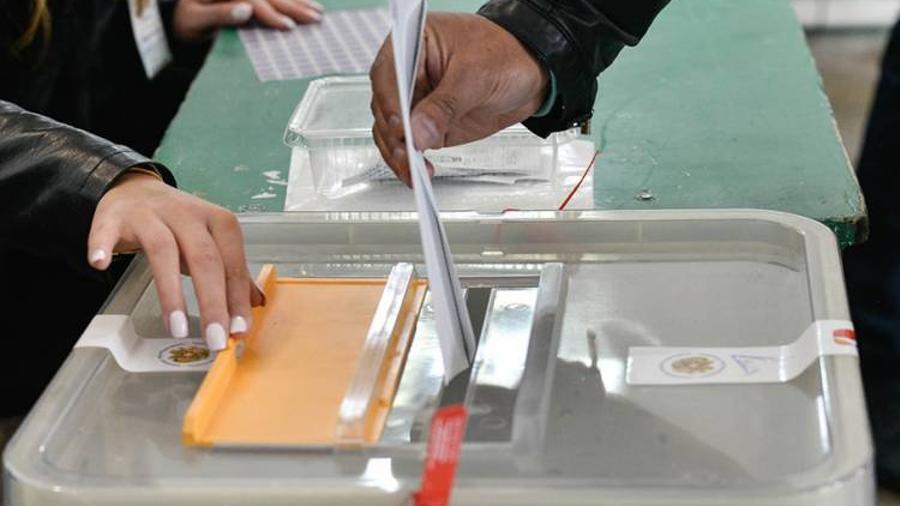 172 cases of electoral violations registered by the RA Police

Before and during the electoral campaign, the RA Police has registered 172 cases of electoral violations, 101 of which are processed, and the rest is being checked.

There have been 17 cases of electoral bribery or obstruction of free expression of the voter's will, 10 cases of coercion or obstruction of participation in the election campaign, 1 case of obstruction of a journalist's legal professional activity, 14 cases of intentional damage to property, 8 cases of hooliganism, beatings and other threats and 6 cases of different violations.

During a meeting with citizens in Vayots Dzor, the PM candidate of the "Civil Contract" party Nikol Pashinyan talked about election bribes.

"Have you heard that the opposition distributes election bribes? It's absurd, but look, there is also good news. At the moment, five people have been arrested for electoral bribery," he said.

Pashinyan mentioned that 55 people are involved in distributing electoral bribes, and stressed that the law enforcement bodies have promised a rather large "harvest".

"To make that "harvest" more abundant, the "Civil Contract" promises a reward of $ 1.000, which is 500K AMD, for the citizens who film a video proving an attempt of giving or receiving an electoral bribe," Pashinyan stated.

Later the same day, he also commented on the topic of Amulsar.

He stated that the government’s task on the operation of the Amulsar gold mine is to come to a balanced decision that will be according to Armenia's interests.

"We know that we face the situation related to Amulsar. And we continue working on this topic. Some people insist that the Amulsar mine operates, whereas others claim the opposite. But we need to come to a balanced decision. When the government finalizes any certain program or a suggestion, I will personally come and talk to you. We need to solve this issue together by understanding every detail of the matter”, he said.

During a meeting with citizens in Artik the second president of Armenia, and the PM candidate of the "Armenia" alliance Robert Kocharyan said they are confident about winning the snap parliamentary elections and taking responsibility for the country.

Kocharyan added that they will be better with their experience and knowledge, and criticized the personnel resources of current authorities.

“The country's security is currently facing serious problems. In addition to the restoration of our armed forces, it is necessary to try to further modernize the Russian military presence. It can and should be done, especially taking into account the developments in the region. At the same time, it is necessary to develop our own armed forces. We have lost our status of being combat-ready; it must be returned. The world is like that: if you are weak, you will not be taken into account," Kocharyan added.

In an interview with Public Television of Armenia the leader and the PM candidate of the "Fair Armenia" party Norayr Norikyan said that if his party wins the elections, they will reduce the time of compulsory military service to 18 months. According to Norikyan, society's whole potential should be focused on the army in the upcoming years.

"It is necessary to create a qualitatively new Armed Forces. We believe that not 18-year-old conscripts should be on combat duty within the borders of the Republic of Armenia, but professional border guards, as well as the protection of our borders, should be equipped with modern robotic technical equipment," he added.

During a conversation with reporters, the leader and the PM candidate of the “Bright Armenia” party Edmon Marukyan said in case of any of the favorite political force's victory, there will be clashes.

"This election is for us to find a solution. If we do not find a solution, it will be worse. In case of any political force's victory, there will be clashes. It means if the two favorite forces do not win, then people force everyone solidarity, and that means forming a government of national accord, that is the key, " said Edmon Marukyan.

He also mentioned that he does not aspire to become a PM, and imagines the future governance of the country in a different format.

The necessity to address the mentioned issues is also due to the fact that during the pre-election campaign, the RA Acting Prime Minister is perceived by the people as the RA Prime Minister, and not as the acting,” Tatoyan added.