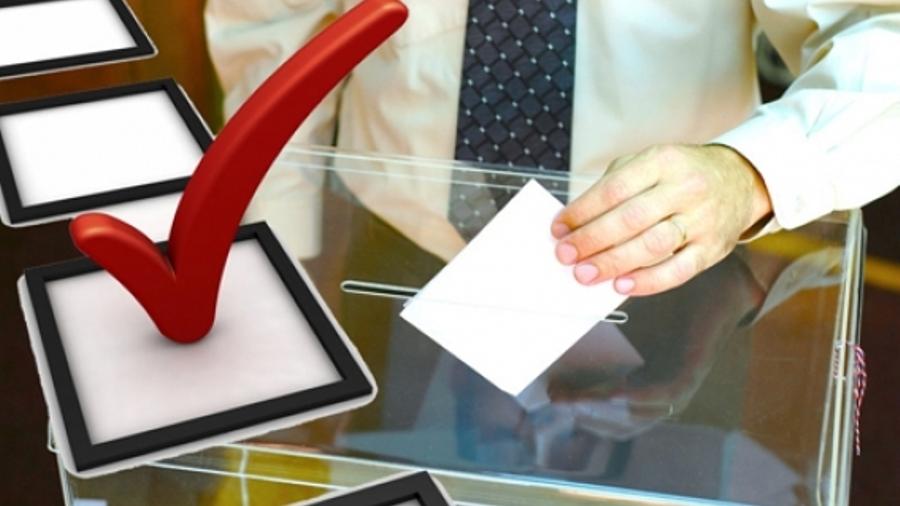 The Independent Observer has reported on election crimes

The Independent Observer submitted reports about crimes yesterday and today in the following cases:

During a meeting with the residents of Goris, the PM candidate of the "Civil Contract" party Nikol Pashinyan talked about the problems of the region and security.

Pashinyan singled out the lack of pastures. Presenting statistics, he mentioned that there are 1 million hectares of pastures in Armenia, and only half of them are used. In other words, there are 500.000 hectares of pasture in the country, which are not used, and today there is a problem of managing the available resources properly. Nikol Pashinyan noted that one of the reasons for not using it is the lack of roads leading to pastures.

"Our position is unequivocal, and it is supported by our other partners. Azerbaijani troops must leave our borders. There can be no other opinion. We work closely with Russia and the other OSCE Minsk Group Co-Chairing countries. The Russian border guards will be deployed at about a dozen border checkpoints along the border, after which there will be permanent withdrawal of armed forces. Then, demarcation and delimitation of the border in the Sotk-Khoznavar section under international auspices are planned. Regarding the border protection issues in the Goris-Meghri section, I would like to say that the government has allocated 2.5 billion AMD to build border checkpoints so that border protection is at a high level. In the near future, this border area will be in full condition," Pashinyan said.

The meeting of the PM candidate Robert Kocharyan and former PM Karen Karapetyan took place today at the central headquarters of the "Armenia" alliance.

"A number of programs and projects to be implemented in the near future were discussed," the statement reads.

It should be noted that earlier, in an interview with Russian media, the leader of the "Armenia" alliance Robert Kocharyan had stated that he regrets Karapetyan has left, adding that he is ready to make an offer to appoint him to a post.

During a campaign meeting with the residents of Avshar village in Ararat Province, the leader of the “Armenia” alliance Robert Kocharyan referred to the statements made by PM candidate Nikol Pashinyan  about being "armed" with a hammer by which he is going to "establish order".

During an interview with armtimes.com, the PM candidate of the "Free Homeland" alliance Andrias Ghukasyan said their team believes that Armenia should return to cooperation with France, the United States, and the other Minsk Group Co-Chairs.

"We believe that Armenia should take drastic steps in both the OSCE and the UN platforms, and it should be noted that Turkey and Azerbaijan have violated the most important international principles. The parties in our alliance and their leaders do not depend on either Moscow or the Armenian oligarchy, that is why they are able to implement that policy for the benefit of the Armenian people," he said.

Ghukasyan added that he considers himself competitive with both Kocharyan and Pashinyan and their goal is to fight for the second round of the elections.

"We think this election can not end in the first round, no political force can get the necessary votes. Our most important issue is to sign a military-political cooperation agreement with France by the end of this year for the rearmament and training of the Armenian army. In the economic sphere, there are opportunities to bring large international investments to Armenia, and also raise the issue of Artsakh's recognition at the UN General Assembly in September this year, which will bring a breakthrough change in the status of Artsakh," Ghukasyan stated.

Armenia's Ombudsman Arman Tatoyan wrote an announcement on his Facebook page, expressing concern over the way political forces address each other.

"Unfortunately, swearing has become a vicious phenomenon of this election campaign. Different political forces and figures are cursing each other directly in public with vulgar words and sexual insults. I warn you that those words spread quickly among the people, then people swear at each other, swear at you with the words you use. There are also cases when, despite complaining about the swearing, they are eagerly waiting for the swearing to be actively spread through fake and real pages, pretending to be a victim. At the same time, with artificial attacks from the fake pages supporting some political force or figure, they start demanding the Human Rights Defender to address each word of the curse separately and give an assessment of specific situations.

In recent days, applications for protection of officials have resumed, openly ignoring the fact that the Ombudsman is not investigating a case of swearing between a supporter of an official or individuals, and "forgetting" that there are law enforcement agencies and courts for that," Tatoyan wrote.

Tigran Arzakantsyan can not participate in the parliamentary elections

It should be noted that the decision of the CEC not to register Armenia's Democratic Party PM candidate Tigran Arzakantsyan was appealed in the Court of Appeal.

Today, the court, chaired by judge Grigor Arakelyan, rejected the party's application, which means that Arzakantsyan cannot participate in the elections. Arzakantsyan’s lawyer also mentioned that if there was an opportunity to review the verdict, they would apply to the Court of Appeal, but such verdicts are not subject to appeal.

The CEC invalidated its decision on Mihran Poghosyan's registration

The Central Electoral Commission of Armenia has invalidated its decision No. 129-A on invalidating the registration of Mihran Poghosyan, an MP candidate included in the electoral list of the "I Have Honor" ("Pativ Unem") alliance.