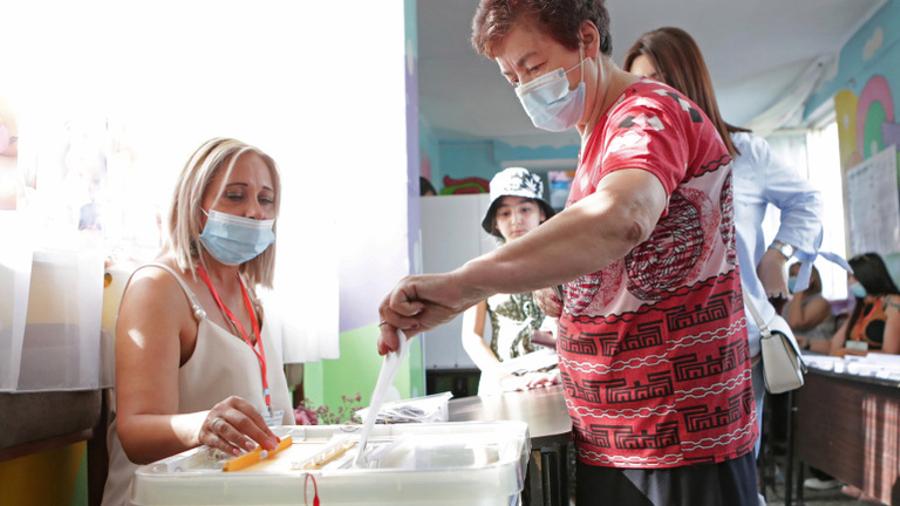 Within the framework of consultations with extra-parliamentary political forces, acting PM Nikol Pashinyan had a meeting with Tigran Arzakantsyan, whose registration was invalidated by the Central Electoral Commission in the pre-election period.

Pashinyan noted that he regrets the registration of Arzakantsyan's candidacy was invalidated during the pre-election campaign.

Arzakantsyan mentioned that most importantly his party has many programs.

"I would like to discuss the issue of Artsakh with the new leadership, the new government, as well as issues related to the education system and economic development. I consider myself a patriotic Armenian. I would like my knowledge, programs, and the investments that I have made to be effective for my homeland and to serve our country. The negotiations with the current government will continue," Arzakantsyan said.

Pashinyan also met with the leader of the "Sovereign Armenia" party David Sanasaryan.

“We consider ourselves the bearers of the 2018 revolution and we will do our best to make what you and I promised from the platform of the revolution a reality. We hope that these meetings will create a new culture, we will definitely present the approaches, the programs, and the solutions that we see,” Sanasaryan stated.

During the consultations with extra-parliamentary political forces, Pashinyan also met the Chairman of the Conservative Party Mikayel Hayrapetyan.

“For the Conservative Party, the results of the elections are not disputable at all. We made a statement the day after the elections, thus ending our party's presence in the pre-election alliance "Free Homeland". However, the elections showed that there is a need for national consensus,” Hayrapetyan said.

Later today Pashinyan also had a meeting with the leader of the "Alliance" party Tigran Urikhanyan.

“Unfortunately, we now represent only 12.164 voters in the Republic of Armenia. But we have what we have. While working in the Parliament, we had the opportunity to criticize you, your government, to criticize it in the period before the election campaign, and in fact, what was recorded by the voters probably means that the government will decide if it wants to listen to our voice,  our criticism or suggestions,” Urikhanyan mentioned.

Pashinyan also met with the Chairman of the European Party of Armenia Tigran Khzmalyan. They exchanged views on the further development of political life in Armenia.

“I think that three of the many issues that you're facing are the most important. These are the issues of the sovereignty of the country, the security of the country and the nation, and of course, the economy. The people and the ideology representing the European Party of Armenia are convinced that the answer to these three questions is European integration,” Khzmalyan said.

Acting Deputy PM Tigran Avinyan stated today that the party, which won the people's vote has no choice but to work legally.

"A good era is coming for the Republic of Armenia - work, development, progress, and opportunities. This time should be used by all state bodies for the benefit of the development of Armenia," Avinyan said.

Arthur Vanetsyan commented on working in the newly-elected Parliament

According to Vanetsyan, during the last three years Pashinyan's calls, statements, and reality have been significantly different. He stated that only time will show if Pashinyan can change.

The "National Agenda" party issued a statement claiming it considers the snap parliamentary elections and the results illegal.

"We consider the elections and the election results illegal, just as we do not consider our involvement in the post-election process of disputing the election results in the Constitutional Court to be effective, repeating the vicious practice of the last 25 years. The "National Agenda" party realizes how crucial the current situation is for the Armenian statehood and for the Armenians and accordingly expresses readiness to initiate consultations with political and public forces within the framework of the necessary national-liberation struggle, aiming to get rid of the ruling system in Armenia by uniting nationalist forces and to form a national government,” the statement reads.

Adviser to the RA Prosecutor General Gor Abrahamyan made a post on his Facebook page stating that the Prosecutor's office will study reports on inconsistencies of election results in some polling stations.

"Separate publications appeared today in media about inconsistencies in certain polling stations during the recount of the June 20 snap parliamentary elections. Without waiting for the steps taken by the election commissions or the subjects involved in the elections, the RA Prosecutor's Office will necessarily initiate a criminal procedure of proper verification and legal assessment of all the publications in which there is or may be data containing criminal features," Abrahamyan wrote.

The Central Electoral Commission of Armenia reported about vote recount at more than 65 polling stations.  Thus, the number of votes for the “Armenia” alliance led by ex-president Robert Kocharyann increased by 744, and the votes of the winning "Civil Contract" party increased by 659. The recount process will continue until Friday, June 25.

The Court of General Jurisdiction of Yerevan satisfied the motion of the Special Investigation Service to detain the head of "Izmirlian" Medical Center Armen Charchyan. Charchyan is accused of forcing people to participate in the snap parliamentary elections. A few days before the elections, the "Independent Observer" alliance had distributed a fragment from the recording of Charchyan's meeting with the hospital staff, which the law enforcement officers describe as obstructing the exercise of the voter's free will.